90 Day Fiance star Tom Brooks did not like his appearance on Sunday night’s episode. He blames TLC for making him look bad. Tom Brooks and Darcey Silva starred in 90 Day Fiance: Before 90 Days for the last two seasons. But they couldn’t get a 90-day K-1 visa. The romance went up in smoke after Darcey’s trip to London.

Last weekend’s episode showed the couple breaking up. Darcey flew to England to start a serious relationship with Tom, but he wanted to take things slow. When it looked like he was about to propose, he gave her the key to a house that doesn’t even belong to him. Darcey Silva was confused about Tom Brooks and wanted to know whose side they’re on. She was particularly confused when she saw a picture of him with another woman.

“I’m not perfect. I make mistakes,” wrote the 90 Day Fiance star, according to The Blast. “We all make mistakes, we’ve all said things we want to take back, unfortunately we can’t. I admit what I did was very inappropriate! I’m really sorry for what I said and take full responsibility for it.”

It was then that Tom blamed the editing of TLC for making it look bad. He claims that “the editing was out of context,” even though he said those words himself. Tom is trying to blame TLC for making him look bad in that scene.

“The truth is that they edited that scene… It was one of the first things I said after the first 20 shots of her jacket came off, coming into the building to meet me,” Tom continued. “I was like going on… followed by the scene you saw ‘they made you fat’, it’s out of context and cut to create a drama”.

Tom’s reasoning has nothing to do with what he said. He can’t take back what he said. Darcey maintained her position and ended it with him. After expressing his love for her to the TLC producers, he barely showed any interest in picking up where they left off. 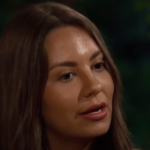