Alaskan Bush People: Does Bear Have A New Lady İn His Life?

Although each brown sibling brings a specific spice to the show, the life of Bear Brown is particularly remarkable. That’s because there has been a lot of drama with Bear Brown and his ex-fiancée, Raiven Adams, who gave birth to their son, River, in March 2020, just a few months after their split in October 2019.

The arrival of the baby came shortly after Raiven had indicted domestic violence against Bear. She was also given a restraining order, but has since been “dropped”, according to The Sun.

Nonetheless, Raiven and Bear Brown reportedly still disagree. So it is particularly curious that, in the course of their battle, Bear Brown went to Instagram and shared a snapshot of his potential love interest. Read on to learn more about this intriguing development.

Alaskan Bush People: Does Bear Have A New Lady İn His Life?

Bear Brown of Alaskan Bush People surprised fans when on July 21, 2020, through his private Instagram account, he shared a photo of a brunette sitting in the back of a truck. He titled the photo, for The Sun, “Hanging out with a friend! It was a beautiful day, with a beautiful view”.

Hmm. Considering that the lady of mystery takes up most of the shot, we wonder if the “beautiful view” refers to her rather than the (probably beautiful) countryside.

Many fans have asked the same question, and have doubted Bear’s use of the word “friend”. Someone answered, according to The Sun, “Nice view… even the pretty girl”, followed by a winking emoji. Another commentator wrote, “Friend? Or more?”

Meanwhile, someone else asked, “New girl for you, Bear? She’s cute.” Looks like we’re all thinking the same thing!

It was only one day earlier, on July 20, 2020, that Bear’s ex and the mother of his son, Raiven Adams, started talking about Bear on his Instagram account. In a long post, Raiven wrote, according to The Sun, “If your baby’s mother takes care of your baby day after day, takes him to every appointment, makes sure the baby eats, is safe, happy, etc… and you can’t respect her, [you are] a low life that no one will ever respect…”. 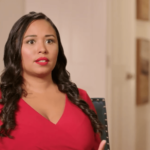 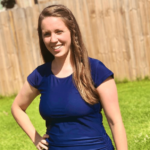