RHOC: Gunvalson Doesn’t Have High Hopes For ‘The Real Housewives of Orange County’

Vicki Gunvalson was the most prominent figure on RHOC. She called herself the OC OG as she felt that “everyone else is just a copy,” just as she said in her season 10 tagline. After 14 years on the show, Vicki Gunvalson confirmed that she left the franchise and would not appear in season 15. As the first season premiered without Vicki Gunvalson, Andy Cohen surprised her with a sweet gift.

Vicki Gunvalson has been with the RHOC since the first season and has spent the first 13 seasons as a full-time cast member. For season 14, Vicki Gunvalson was demoted to a “friend of” and only appeared part-time. As production for the new season got underway, insurance heaven announced it would forever distance itself from the Bravo-reality series.

“I’ll always be the OC’s OG, but it’s time to say goodbye to The Real Housewives of Orange County,” Gunvalson wrote on Instagram back in January. “It’s been an incredible ride for 14 years and I’d like to thank you all for your support, for your love and for ‘boosting’ me along the way.

The reality TV personality went on to say that she was working on new projects as a podcast and hoped her fans would continue to support her. “I hope you’ll come with me on my new journey, so please keep up. I love all my fans, and I want to thank Bravo and Evolution for this incredible experience that my family and I will never forget,” she added.

Thank you @bravoandy for the incredible flower arrangement. After 14 incredible (& some not so incredible) years on @bravotv , it’s nice to be acknowledged on the launch of RHOC tonight. #thankyou #gonebutnotforgotten❤️

Vicki Gunvalson may not be part of the RHOC cast anymore, but she has a lot to say about the upcoming season. Unfortunately, the entrepreneur doesn’t think the show looks good and he thinks it’s a “hot mess”.

“This season is going to be such a big joke and I am happy to say that I am no longer part of this hot mess,” she said to Celeb Magazine. “You’ve got Kelly Dodd mocking COVID and wearing hats that say ‘Drunk Wives Matter’, you’ve got Boring Wind and her ‘modern marriage’ – whatever that means, you’ve got the wrong decisions that were Emily [Simpson] and Gina [Kirschenheiter], and you’ve got wackadoo Shannon who really needs to control her ego and remember where she came from, where she started, and who was there for her all the time. 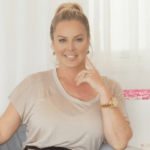 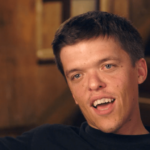