When Bethenny Frankel announced her departure from Real Housewives of New York last summer, she said that emotional exhaustion was behind her exit. But with season 12 of RHONY officially underway, Luann de Lesseps says there was another reason Bethenny Frankel called her out. De Lesseps claims that a contract dispute between Frankel and Bravo is the reason why the Skinnygirl mogul decided to give up her apple.

De Lesseps shared her thoughts on the new season of RHONY during an interview on Rob Shuter’s podcast, titled Naughty but Nice. De Lesseps threw no punches when the discussion shifted to Frankel’s release and how the cast is handling her absence.

According to All About The Tea, de Lesseps revealed that everyone is happy that Bethenny Frankel is gone and that the cast is now free to “express themselves” as never before.

“I feel like this season, because [Bethenny Frankel’s] is not here, women have a place to express themselves and show their personality more. And I think this is the best season. It’s like, Bethenny who? It’s the best season ever,” de Lesseps shared.

De Lesseps pointed out that Frankel’s release didn’t upset her, although she admitted that she misses the “toe-toe toe” with her former co-star. She added that Bethenny Frankel “absorbs a lot of oxygen”, which can make it difficult for others to express their opinions.

Anyone can imagine how the show will go without one of Bravo’s greatest personalities, but de Lesseps thinks she knows exactly why Bethenny Frankel left.

This is what I look like most days. It’s not filtered. It’s not lit well. & right now, for the worst time in many lifetimes, for many people, life isn’t filtered. . Unemployment is at record numbers. People are holding signs saying, “will work for food,” domestic violence is up, people are losing their jobs at every economic level, the poor are getting poorer. People’s emotional states are in jeopardy, mental illness is exacerbated. It’s truly a catastrophic crisis inducing fear and anxiety and trauma. Will there be a silver lining? Is this a global reset? If so, from what & where to? . Will our world be as superficial and materialistic as it was before this wake up call? If we’re not surrounded by people who feel that this is a change in the world, then we may choose to surround ourselves with new people. . I’ve played my part in this process as much as anyone. . I long for the day when we took a photo, developed the film, and prayed for the best. It was authentic. It was us. It represented the truth and not false reality where it’s more important to show people how good our lives are than for them to actually be good. . I’ve lived during a time when turning a camera on ourselves for everyone to “look over here,” “look how great I look in a bikini” would be a narcissistic preposterous action. & I get it, this is me too. . The way I am happiest and most comfortable 90 percent of my time is not posting where, what & when I’m supposed to be posting, because it’s good for “my brand” & will get likes. This has become a “don’t hate the player, hate the game” scenario. & maybe I am a little tired of the game when watching people suffer with real world problems. . Maybe there is a world beyond fake filters, fake photos, fake lighting, fake eyelashes, fake hair, fake curves and body parts, fake contouring, fake lives & fake people. Maybe this experience will take us closer to that place. . I’ve lived on “reality tv” for over a decade, & that wasn’t reality. What people are facing right now, that’s reality, & it isn’t pretty. . If there is one thing Coronavirus has reminded us of is what is real and what is important because everything else is just filler. . #thisisme

During the podcast, de Lesseps claimed that money was the real reason Frankel said he quit. The star of RHONY revealed to have heard from sources that Bravo and Frankel were unable to reach a contractual agreement for season 12, something unexpected on Frankel’s part.

“I know more or less what she’s earning… and I don’t know, but I heard rumors that it was a contract…so I assume it’s about money,” said de Lesseps. “I don’t think she expected it to go that way.”

RHONY’s cast and crew didn’t know about Frankel’s release until it was confirmed last summer. De Lesseps says that Frankel hasn’t told anyone about her release, a move she considers “not very thoughtful”, especially after all they’ve experienced over the years.

Bethenny Frankel did not respond to de Lesseps’ comments. In February, she opened up about her exit and confessed that anxiety and stress played a role in her decision.

Frankel was an original cast member of RHONY before leaving the series after season three. She returned to the series in season 7 and once starred in her spin-off, Bethenny Ever After.

Think pink! 💗 I put my heart and soul into everything I design for @Skinnygirlbrand, so each time I get to share the new clothes with you I get so excited! I’m am obsessed with the new #Skinnygirl 2020 spring line, and Sunday you will finally get to see it LIVE on @HSN! . #TuneIn at 11am, 3pm, & 11pm EST to be the first to see the brand new #Skinnygirl looks for the warmer weather! 👖☀️ . Don’t forget to check my stories to shop this look NOW! #PassionInEveryPiece . . . #HSN #SkinnygirlSpring #SpringFashion #SpringLine #SpringLooks #Spring2020 #SpringLine2020

In response, Frankel made sure everyone knew what she thought of the season’s premiere. According to People, Frankel banged her former co-stars before wishing them all the best.

“The beginning of the show was the proverbial middle finger for me,” said Bethenny Frankel. “Women have certainly had unpleasant things to say about me.” I wish them all the best.”

Now that she’s no longer part of the show, Bethenny Frankel is focusing on charity during the coronavirus pandemic. She even launched a disaster relief program called BStrong and is working with the Global Empowerment Mission.

In addition to her comments on the cast, Frankel also said that RHONY’s ratings have dropped since its release. 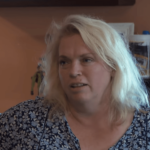