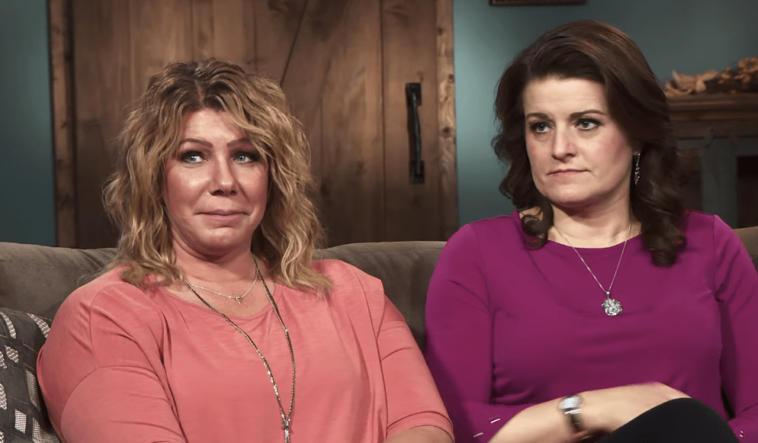 Sister Wives star Robyn Brown came up with a solution when the time came to move Meri into a new rental home in Flagstaff. Meri Brown wants the family to gather and move her, but she soon finds out that’s not going to happen.

Robyn Brown said that Kody Brown is unavailable for the move, as is her son Dayton Brown. These two are doing all the hard work on Sister Wives’ moving day. Let’s face it, the family’s practiced enough to know who’s involved in the move.

So, Robyn Brown claims their shared husband Kody Brown is busy and can’t help move in his first wife. But Meri is upset and says that the love of the Brown family is not unconditional as she once thought. She said they will only spend time with her when it comes to fun things.

So, Meri Brown seems to think bringing her all in is a good excuse for family time. But Robyn Brown can’t get past all the steep stairs of the new house. Because Meri’s new house is on the side of a steep hill. This requires a long flight of stairs to get to Sister Wives’ new house.

I am really loving the new “Adore Dog Tag” that I designed for @mysisterwifescloset . I wanted to develop a concept that was a new twist on a Valentine’s piece. It is such a beautiful and fun versatile piece. #mysisterwifescloset #sterlingsilverjewelry #isthisreallymyjob #whodoyouadore https://mysisterwifescloset.com/collections/new-releases/products/dog-tag-sterling-silver-adore-double-sided-pendant-and-chain

Robyn Brown campaigns to call a moving company to get the heavy items up the stairs. Her compromise includes the moving of smaller boxes by family members. So the Sister Wives family who are in the neighbourhood can still join the move.

Robyn Brown has a valid reason not to use family members to carry big stuff on the stairs. She thinks they will ruin Meri’s furniture if they try to do it themselves. But all this made Meri Brown cry and feel somehow rejected by her sister’s wives.

Although Robyn Brown didn’t mention it, it’s clear that the stairs might be too heavy for some of her fellow wives. Robyn Brown is 41, but the other three women of Sister Wives’ multiple marriage are at or close to 50.

The Sister Wives ages are – Janelle Brown – 50, Christine Brown – 47, and Meri Brown – 48. All four of them are still young at heart, but they are no longer in their twenties or thirties. And moving furniture upstairs is a game for young people.

Not as Young as They Used to Be

Plus, Robyn Brown suffers from breathing problems. So, the stairs may not be the healthiest thing for even the youngest husband of the Sister Wives tribe. As for Janelle, she’s been on her health kick, but she can still struggle with that strenuous move.

Still, Meri Brown cried over the suggestion of hiring help. She took this as a slight by her family. So, do the moving vans come? The Sister Wives viewers won’t know until it’s all on screen. Don’t forget that TLC editing always makes things seem more extreme. 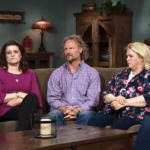