Angela Deem has a certain reputation after her debut in 90 Day Fiance. At first, she appeared very flirtatious and controlling. Because of this, viewers easily saw some red flags in her. Later on, she was again in the spotlight following her slimming operation to look younger

Since then, she has become quite popular and viewers now follow her movements on social media. Lately, the star has been posting a lot of videos on her official Instagram handle. Just then, fans saw one of the gruesome posts and called the star out for it.

Angela Deem is one of those 90 Day Fiance actresses that fans will remember for years to come. In fact, she became controversial after flashing herself on national television during Tell All. Before that, the star made headlines thanks to her extreme transformation and weight loss.

After undergoing gastric bypass surgery in 2020, Angela Deem has come a long way. In fact, she’s since lost as much as 100 pounds. Yet Deem continues to make headlines thanks to her constant surgeries to look radiant and younger. This is why viewers remain anxious.

Recently, Angela Deem took to her Instagram handle to reveal a new look. Turns out she had a virtual filter on that turned her eyes ice blue and her skin pale. As a result, viewers took to the comments section to share their opinions. As predicted, they started calling her out for her crazy makeover.

In fact, some even started trolling the 55-year-old for not acting her age and looking for ways to stay relevant. However, he has yet to respond to the backlash and continues to be himself on social media. What’s more, some people admire him for it. 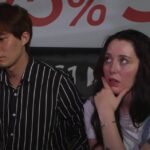 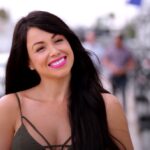