’90 Day Fiance’: Angela Deem Stunning Weight Loss – See How She Did It

The infamous Angela Deem revealed the results of her weight loss in 2021, and 90 Day Fiancé fans are always eager to know more about the grandmother’s secrets. Even today, 55-year-old Angela shows off her incredible 100-pound weight loss on Instagram. She recently recreated an iconic scene from the Johnny Depp movie, Cry-Baby, to show her support for the Hollywood star.

Unfortunately, Angela Deem did not receive the same kind of support from her husband Michael Ilesanmi when she decided to undergo her drastic transformation. This almost led to a breakup between Angela and Michael.

After years of struggling to make a success of her relationship with Michael, Angela married him in Lagos in January 2020. This was the last time Angela saw Michael before the COVID-19 pandemic.

Unfortunately, Angela’s last visit to Nigeria also resulted in a huge weight gain for the reality star. Although Angela has always been more curvy, according to her, her large breasts covered weight gain in other parts of her body. However, Angela Deem noticed that she became bigger during her journey. She eventually gained almost 20 pounds, resulting in health complications.

’90 Day Fiance’: Angela Deem Stunning Weight Loss – See How She Did It

Angela Deem could not even walk to the grocery store with her grandchildren without being short of breath. Although Angela Deem has smoked since she was a teenager, she believed that her extra pounds were the cause of her breathing problems, rather than her smoking habit. “I’m going to die,” Angela told herself, as her energy level was extremely low.

At that point Angela Deem decided that she needed to take a drastic step, such as weight loss surgery, to feel better again. She also wanted to look younger for Michael and live longer so she could be with him. Angela Deem’s biggest weight loss secret is not just one surgery, but three different surgeries she had at one time.

Angela underwent gastric sleeve surgery, breast reduction and liposuction, as well as surgery to correct two hernias she had. However, Angela did not lose all her weight immediately after the surgeries. The first three months were the most difficult of her life. It was not a seamless transformation for Angela, either physically or mentally.

She called her transformation an emotional journey because for a couple of months she could not eat normally. Angela, a 90 Day Fiancé cast member, had to give up all her favorite foods except for the cake she was given for her birthday. Angela’s hard work paid off, because giving up hamburgers and sweets caused Angela to lose weight dramatically. Before her weight loss surgery she was a size 22, while now she is a size 11. 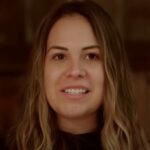 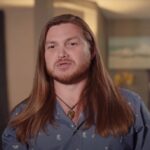