’90 Day Fiancé’ spoilers reveal that the couple, Emily Bieberly and Kobe Blaise, want to have lots of children in the near future. At the moment, they only have two children. In a recent interview with The Sarah Fraser Show, the mother of two revealed that they plan to expand their nuclear family in the near future and that she also plans to leave her parents’ house.

The couple already have two children, despite living with her parent, and many fans were worried. They even advised them not to get pregnant anytime soon and seemed to listen to their fans.

The couple, however, plan to resume childbearing as soon as they leave Emily Bieberly’s foster home and become independent. Emily revealed: “When I first met Kobe Blaise, she was like, ‘I want to beat my dad’s record, which is 10 [kids].’” She added, “I’m not having 10. But I would have four or five for sure.” Many fans are wondering when the couple will move Emily Bieberly out of the parental home. She replied that she was looking for a house but hadn’t yet seen a suitable one for them. She went on to say that although they live with her parents, they are not dependent on them as they look after their nuclear family.

She went on to say that she is not lazy and that she has been independent since she was 14. She said that she cooks, does the dishes and cleans up while her husband helps with the farm animals. She said they also pay the rent. However, Emily Bieberly said that lately they have been so busy that they have not had time to have sex because of their schedule. The mother of two is determined to lose weight while her husband works most of the time. Now, fans have been rooting for them after her appearance on Pillow Talk, they concluded that their hatred towards Emily during her 90 Day Fiancé because of her unbridled attitude was all a delusion. They have managed to see beyond that and that she is doing well with her nuclear family. 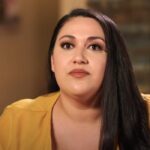 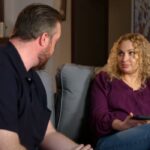