Alaskan Bush People fans just love Ami Brown, the mom of seven who raised the Brown wolfpack a bit differently than most families. Ami Brown began her wilderness journey as a young teenager when she married Billy Brown.

Alaskan Bush People: For Ami Brown, It’s All About Family

Along with teaching her kids to live off the land, this Alaskan Bush People mom holds on tight to some old-fashion values. First of all, nothing is more important to Ami Brown than her family.

Pictures of the Brown brood are plentiful as the family appeared on the screen of the Discovery Channel for years now.But pictures from the old days, when the children were still tinkering in diapers, seem little and far between the internet.

While the Brown family members all carry some similarities in appearance, each of the Alaskan Bush People kids is an individual. Some of Billy Brown and Ami Brown’s DNA seems to shine through in personality and looks for all the children. But you can’t really say that one child or the other is the likeness of both parents.

That is until you dial back the years to when Ami Brown was in her 20s. Long before any thought of an Alaskan Bush People reality show landed on the drawing board, Ami Brown was a mother without cameras in tow.

But she did have some long-ago family photographs taken at one point. One of those old photos has recently turned up and shows how one of Ami’s children looks exactly like her. Before you know it, it’s a photo, but at first glance you might wonder whose baby is in the arms of Snowbird Brown?

But since the photo is from decades past that can’t be Snowbird holding a baby in that photo. Instead, you’re looking at a very young Ami Brown holding a baby. She is also surrounded by her other children and a young Billy Brown.

With only six out of Ami’s seven children in the photo, fans do a little deductive reasoning. It turns out the photo was taken before the family’s baby, Rain Brown, was born.

So Ami Brown, who looks like she could be Snowbird today is actually the young mom in that photo. Ami looks like she’s holding Snowbird like a baby. Snowbird was the youngest until Rain.

This article originally appeared in soapdirt. 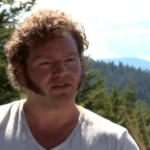 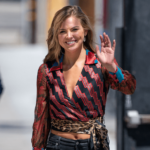