‘It’s wedding season and Bachelor Nation is turning out. Andi Dorfman is one of the many brides who are planning an extraordinary wedding. Dorfman first came on the scene in season 18 of The Bachelor before becoming a main character herself. She has not been in a serious relationship, at least not publicly, since the end of her engagement to Josh Murray. Now she’s looking forward to marrying her best friend Blaine Hart. In a March Instagram post, Andi Dorfman shared a picture on the beach. You can see a big ring on her finger and she captioned the picture, “Worth the wait.”

At the beginning of their relationship, Andi did not reveal her identity and only shared a picture of her butt. When their relationship became more serious, she wanted to share the man with her fans and followers because she had found “the one”.

As we reported, Andi met Blaine over a decade ago. They met through a mutual friend, and when they reconnected they were both on holiday in Italy.

Andi Dorfman answered questions about her upcoming wedding on Instagram. She said she doesn’t have any bridesmaids because she wants a very small wedding. She did say that her sister is going to be something special, but that’s all.

According to Bachelor Nation, she said she continues to change her mind about the dress every time she sees a new picture. She said she’s thinking “something more classic and/or lace.” She said their wedding is going to be “intimate, chic, and Italian with lots of vino and pasta!”.

Andi said she knew Blaine was right for her when she expected something to go wrong, and it didn’t. She said: ““I think I just found someone who not only I love but also like (a lot), and the same went for him.” She said that waiting until their mid-thirties gave them more gratitude for finding each other and allowed them to “cherish that”. 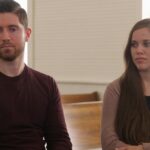