As the 11th season of RHOBH draws to a close, new details have been leaked about the journey ahead for the stars. One housewife fans will be watching closely is Erika Jayne. The reality TV personality is in the midst of a divorce and is being pressured by her co-stars, making it an “emotional” season for the singer.

Stracke returns for The Real Housewives of Beverly Hills’s 11th season, and this time she’s been promoted to full-time housewife. Moemagnaat had already been announced as housekeeper for season 10, but at the show’s premiere, she was only a “friend of,” meaning she wasn’t featured in the introduction. Her ex-husband had a problem with her filming with their children and Bravo had to pull their footage from the air.

Dolce & Gabbana’s Lover was a hit in its first season and she will apparently return to stir up more drama. Co-star Garcelle Beauvais hinted on Watch What Happens Live that Sutton Stracke was “the most inquisitive about Erika’s divorce”.

One insider confirmed that Sutton Stracke had a hard time getting along with the other actors and Erika Jayne was one of them.

The pressure is on for Erika Jayne this season as the real drama takes over her divorce and the media attention. After the release of the RHOBH season 11 trailer, fans noticed that Erika Jayne and Stracke’s encounters were not the most pleasant. One insider now reveals that after Stracke accused the “XXPEN$IVE” singer of doing things “without any proof”, the latter became upset.

In addition, the source also told Us Weekly that Erika Jayne “gets super emotional” throughout the season after her co-stars press her and she has to defend herself. “She has nothing to hide. She was very open about her divorce, very honest,” the insider added. “As he said [in the teaser], he didn’t see his marriage ending in divorce.” 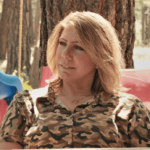