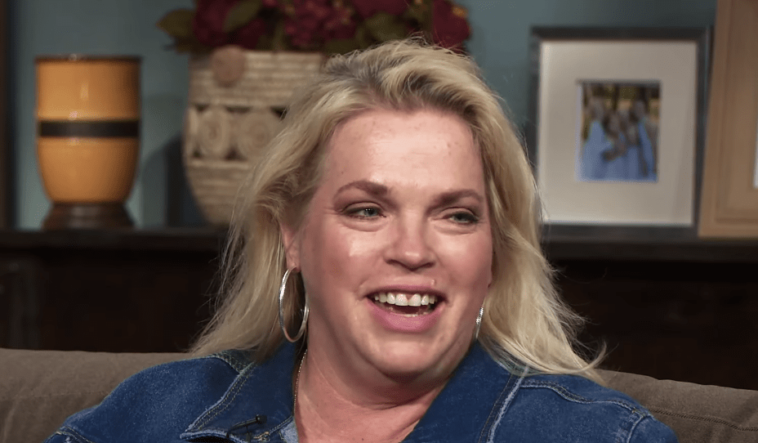 Sister Wives: Janelle Brown Not All Business Before Pleasure

Sister Wives star Janelle Brown was put on the spot recently as her co-wives lovingly jabbed her about a private fantasy she keeps under wraps.That so far. After years when her “Sister Wives” spouses suggested that Janelle Brown is more a friend than a wife to Kody Brown, the veil has lifted.

Janelle Brown Not All Business Before Pleasure

Fan comments often suggest that Robyn Brown floats Kody’s boat more than the other wives. Followers of the Sisters Wives also see Christine Brown as a wife gushing over her husband as they vie for her attention. But Janelle Brown saw more talk of finance than romance with Kody Brown.

When it comes to Meri Brown these days, the Sister Wives jury is still out. Fans have learned from a therapy session that the patriarch no longer acts as a married couple to Meri Brown. Viewers have also learned that Meri and Kody are working on their marriage and are in a “dating” phase.

But viewers of Sister Wives seemed pretty sure about Janelle Brown’s role with Kody. Probably because the couple explained to the camera a few times. Apparently, Kody Brown considers Janelle Brown a friend of his. She’s like one of the guys for the head of the Sister Wives family – as he told the camera.

In the last episode, Meri Brown talked about how Kody and Janelle share the same financial mentality. So for Janelle Brown, romance didn’t seem to be at the top of her list when she spent time with the Sisters Wives’ man in common. But bow, fans learn how Kody Brown arouses her interest from time to time.

In the last episode of Sister Wives, Janelle Brown’s co-wives seemed to enjoy a private joke. It looks like it’s not just business between Janelle and Kody – despite what some fans think. There have also been some hints recently that some romance still exists, such as the awkward kiss in a more recent episode.

Viewers have seen Kody try to kiss Janelle Brown in Sister Wives‘ driveway. He came out to greet her and leaned in for a kiss goodbye as she arrived for the holiday celebration. But the kiss went sideways and Kody said it’s always “awkward” when they try to kiss. But Janelle Brown protested with a “no.”

In the last episode of Sister Wives, fans learned that Janelle Brown’s embers continue to burn for the man she married. Especially when she does this one thing. Looks like Kody has a hair trick that lights a fire for wife number two when she sees him.

Janelle Brown’s wives let the cat out of the bag after Patriarch Brown made a joke about her ponytail during the Christmas holidays. Looks like Robyn’s son and adopted son Dayton Brown gave his father a megaphone for Christmas. So Kody Brown talked to that megaphone nonstop.

During his rambling, he thanked his sister wives’ children for being “born”. Hunter Brown once again thanked him for conceiving me. The 18-year-old father then said, “It’s a memory, believe me.” And the other wives noticed Janelle Brown blushing at the reference to how she and Kody Brown created Hunter.

Then he mentioned that he didn’t even have a ponytail at the time. But what did that mean? Apparently, when Daddy Brown has ponytail hair, he really does it for Janelle Brown. Because Robyn laughed and said he purrs Janelle in a Sister Wives couch moment. Then Christine said, “It’s a growl.”

So it looks like Janelle still has a spark for the Sister Wives’ hubby and she really gets excited when he has ponytail hair. But one question remains unanswered. 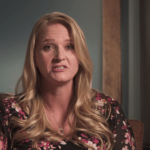