The View: Meghan Mccain Defended The Use Of ‘Chinese Virus’ In Place Of Covıd-19

The View’s Meghan McCain just ended up at the center of controversy again. The conservative co-host has been exposed by Twitter users for speaking out of both sides of her mouth. Following the horrific news in Atlanta, where 8 people of Asian descent were killed, Meghan McCain called for “Stop Asian Hate.” However, eagle-eyed fans resurfaced a clip in which she defended calling COVID-19 the “Chinese virus.”

On March 16, 2021, a gunman opened fire at several spa locations in Atlanta, Georgia. The mass shooting left eight people dead, all of Asian descent. The news comes as there have been reports of an increase in racially motivated hate crimes against Asian Americans. Last year, the United Nations released a report detailing the “alarming level” of incidents across the United States after the COVID-19 outbreak.

California also saw a spike in crimes in which Asians were targeted. An Asian-American family in Orange County told ABC7 Los Angeles that they have been targeted for months. “This harassment started almost immediately upon them moving here and the fact that it’s so clearly tied to their race is deeply upsetting,” Olivia Fu told the ABC affiliate.

Fellow Americans showed their solidarity with people of Asian descent by taking to social media and using the hashtag “Stop Asian Hate.” One notable celebrity who has joined the cause is Meghan McCain, the Republican co-host of The View.

The View: Meghan Mccain Defended The Use Of ‘Chinese Virus’ In Place Of Covıd-19

Although Meghan Mccain showed her support by posting a graphic with “Stop Asian Hate” in bold letters, many pointed out her hypocrisy. Exactly one year before she claimed to be on the side of the Asian community, she was defending Donald Trump in calling the coronavirus a “Chinese virus.” Crimes against citizens of Asian descent increased when this language was peddled by the twice-impeached former U.S. president.

When the topic came up for debate on The View, Meghan Mccain passionately defended Trump.

When Whoopi Goldberg started talking about how there had been reports of physical attacks on the Asian community, Meghan Mccain sighed seemingly scoffing at the EGOT legend’s point. 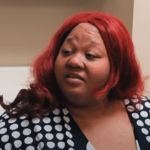 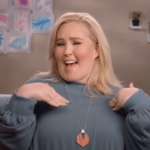