Counting On: Jill’s Husband, Derick, Admits Their ‘Broken’ Relationship With Her Parents, Jim Bob And Michelle, Has Been ‘difficult’

Jill Duggar’s husband, Derick Dillard, admitted that their “broken” relationship with her parents was “difficult” in an exclusive interview with The Sun.

Jill and Derick Dillard’s relationship with Jim Bob and Michelle has been severely strained in recent years as the outspoken son-in-law demanded that the patriarch withhold compensation from their appearances on the Counting On family reality show, which they left in 2017.

Derick Dillard, also stated that he and Jill Duggar, are denied access to the family compound unless Jim Bob, is present.

In an exclusive interview with The Sun, the law student revealed that the estrangement also caused a rift with Jill Duggar’s siblings and in-laws.

Derick Dillard said, “Because our visit to the Duggar house was limited and that’s where they and their spouses meet, we haven’t been able to see as many other families as we would have liked, which is difficult. “Let’s try to invite the brothers and sisters-in-law as much as possible.”

🔨💡I finally hung up this lamp today. It was in my grandma’s stuff that my cousin @amyrachelleking gave to me after my grandma passed away last year. 🌅 . . I think it adds a cozy feel to this corner and I know I will be reminded of her, especially on nights like tonight when we are reading to the boys like she used to do but was never able to here in our new little home. 😔 💕 . . #milkbucket #lamp #grandmaduggar #cousins💕 Thanks Amy!

Derick Dillard continued, “We hope and pray that God will restore relationships where there are breaks.

“But, at the same time, we recognize that only God can change people’s hearts and bring healing.”

Derick Dillard is currently in law school and hopes to pursue a career in “public service”.He revealed his plans on social media to write a book that touches on the situation.

He told the Sun: “Although the book will be inspired by our journey, the goal is that it will be relational in the sense that it will examine themes that have persecuted people for centuries. “Our story is difficult, but it’s not unique.”

Jill Duggar, who shares her children Israel, 5, and Samuel, 2, with Derick, has rebelled against her conservative family in recent years. She was absent from Thanksgiving and Christmas celebrations with her family. 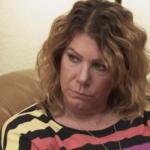