Diamond Jack and Carlton Morton are not exactly close after their engagement on Love Is Blind. The two were supposed to be in the same room together at the season reunion for the first time since their messy breakup in Mexico. Surely it wasn’t that bad. They remained friendly and polite, even, for most of the episode. But Diamond Jack says she’d like to add something.

In an interview with the podcast Love In Sight, Diamond Jack explained her and Carlton’s post-Mexico dynamic.

“After the trip to Mexico, he and I were separated. We never spoke for a while. And then he started getting in touch, he started saying, like, “Happy birthday,” little comments here and there. He didn’t have my number, but he liked to communicate through group chat and eventually, before the show aired, I think it was like a week before or a couple of days before, he texted me again, he wanted to apologize and he wanted to talk to me on the phone, he asked for my number,” she explained.

The two of them talked and got to a point where they felt comfortable sitting next to each other at the meeting.

“So we talked. He apologized, and I apologized too because I told him that I didn’t want him to attack again, that I was trying to attack him in the wrong way. I was really trying to comfort him. And then, after that, we were already comfortable being in the same space at the meeting. So then he apologized, of course, again, as you saw,” he said.

Looking back, Diamond said she wanted to handle the meeting a little differently.

“Even when I was sitting there at the meeting, as I watched him become more angry and defensive, maybe I should have redirected the conversation and said, “You know what, you’re a nice person and, you know, I see you for your worth. I thought I wanted to do that,” she said.

At the same time, Diamond says she wants to defend herself when she feels she needs to.

“But, I don’t know, it was just out of control. It got out of hand at one point. Because if you get defensive by saying bad things to me, I get defensive, like we’re throwing punches.” Like, I’m not gonna sit there and let you disrespect me like that. But I feel like I can control it in the future,” she said. 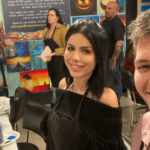 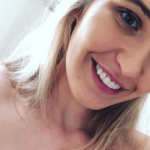