Zach Roloff and Tori Roloff are officially parents of three! On May 3, 2022, the LPBW stars took to Instagram to announce the arrival of their third child. The couple waited until their baby was born to know its gender, so it wasn’t just a birth announcement, but a “gender reveal” as well.

Tori Roloff had been transparent about her pregnancy, often sharing updates on her social media. However, as time passed with no news of the baby, fans began to think she was having the baby in secret.

But now we know that Tori Roloff was simply enjoying the first few days with her newborn son.

On Tuesday, May 3, Tori Roloff took to her Instagram with a huge announcement. The Roloffs welcomed their new baby boy on Saturday, April 30.

Tori and Zach Roloff waited until the baby arrived to find out if they were having a boy or a girl. Their new son Josiah Luke Roloff joins big brother Jackson, 4, and sister Lilah, 2.

Both of Zach Roloff and Tori Roloff’s older children, Jackson and Lilah, are little people. They were born with achondroplasia, the same form of dwarfism that Zach and his mother, Amy, have. (Matt Roloff, by contrast, has diastrophic dysplasia.) However, they have not yet revealed if their new baby is also a dwarf. 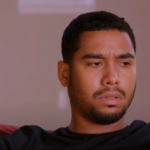 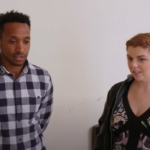