‘LPBW’: What Is Matt Roloff’s Net Worth?

TLC viewers continue to watch Matt Roloff and Caryn Chandler on “LPBW”. The couple have been together for years since Matt and Amy Roloff’s divorce, and they met through Roloff Farms. Recently, Matt took to social media to drop hints about Caryn Chandler’s net worth.

Matt Roloff’s girlfriend Caryn Chandler is one of the main characters in “Little People, Big World”. The reality star got to know Caryn through her work at the Roloff farm, and they knew each other even before Matt and Amy Roloff divorced. Over the years, their relationship has become quite serious. According to The Sun, a fan suggested to Matt on social media that he should sign a prenuptial agreement before their possible engagement.

When Matt Roloff claims that Caryn Chandler’s net worth is more than any “LPBW” fan can imagine, what does she do for a living? According to In Touch, Caryn worked as a manager at Roloff Farms for ten years. She left her job at Roloff Farms in 2018 when she and Matt started dating.

Nevertheless, Caryn is still present at the farm every year during pumpkin season. She joked on Instagram about how pumpkin season was “in full swing” in October 2021. When asked by a fan what she does, she said she helps “fold T-shirts and stock jam”.

Aside from his job at Roloff Farms, it’s unclear how he achieved the rest of his wealth. According to In Touch, Caryn has a net worth of $4.5 million. It is believed that he is also receiving a salary for his many years of appearing on ‘Little People, Big World’.

‘LPBW’: What Is Matt Roloff’s Net Worth?

Matt Roloff pointed out that Caryn Chandler’s net worth is much higher than his own. However, according to Celebrity Net Worth, this is not true. The site notes that the “LPBW” star has a reported net worth higher than her girlfriend. Matt Roloff has a net worth of $6 million.

TLC pays Matt and other members of the Roloff family who appear on the show a good amount of money for each episode. They probably earn between $7,000 and $10,000 per episode.

In addition, Matt makes money each year from the Roloff Farms pumpkin season on his 109-acre property in Helvetia, Oregon. Recently, Matt also put 16 acres of Roloff Farms up for sale. The sale price was $4 million, but as of the end of June 2022, it has not yet been sold. The sale of this property will surely increase Matt’s net worth as he approaches retirement. 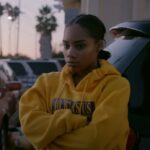