Matt Roloff is known for getting his hands dirty to renovate his family’s famous farm, and he’s doing it again-it seems pretty extreme! Despite putting the farm up for sale, Matt from LPBW is putting even more blood, sweat, and perhaps tears into the famous property.

Even when the cameras aren’t on, the 60-year-old likes to update fans on his latest home renovation antics, and judging by the foundation, he’s up to something pretty major.

To say that the father of four is a builder is an understatement. From a concrete castle complete with dungeon to a western town complete with saloon, Matt Roloff has been building masterpieces for his children for the past 30 years and shows no signs of letting up.

His latest Instagram post updated his progress in building another home on the 93 acres he has chosen to keep off the market. Judging from the background, his new dream home will be located next to the barn he built last year in time for Amy’s wedding to Chris. The new house will be facing west instead of southwest, which got him a handful of extra work.

Fans criticised Matt Roloff for putting the iconic property up for sale last month instead of passing it on to his children. “Why wouldn’t you take your son up on his offer? You’d rather sell to someone else than let it stay in the family,” one commented.

He defended himself by saying that “it wasn’t meant to be” since Jeremy and Zach allegedly decided against purchasing it together and because it “cannot be legally divided into multiple parcels”. Trolls were so hurtful that the comments section was disabled.

According to Zach, however, this is not the case, and he accused his father of manipulating the show’s “narrative just before the season comes out with his extremely misleading” claims.

If you’ve watched Little People, Big World, you would have seen their feud unfold, just as Zach called the farm “the perfect location” for his future family. 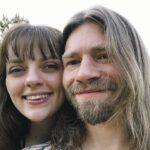