Matt Roloff and Zach Roloff’s feud over Roloff Farms continues in season 24 of “LPBW”. Father and son hoped to come to an agreement over the sale of Roloff Farms, but it fell through, resulting in estrangement. Now Matt seems to think his relationship with Zach is on the mend.

Matt Roloff and Zach Roloff were close for many years, and Zach hoped to own part of Roloff Farms from Amy Roloff. Unfortunately, the sale did not go in Zach’s favor. Matt and Zach couldn’t agree on a price for the farm, so Matt kept all the land. Zach and Tori decided to buy a home in Washington, D.C. after the sale fell through, and their relationship with Matt has never been the same.

To make matters worse, Zach Roloff disagreed with Matt’s decision to put 16 acres of the Roloff farm up for public sale. Matt hoped to sell the acres for $4 million. However, the farm did not sell and he took it off the market.

So far, in the 24th season of “Little People, Big World”, Matt and Zach continue to disagree. Zach and Tori Roloff said they don’t plan to spend time with Matt or Caryn Chandler. Nonetheless, Matt told Entertainment Tonight that he believes he and Zach are on the “right track.”

Matt also revealed that he talks to Zach every day. Together, they planned a memorial for Matt’s dad, which seemed to unite the family despite the animosity of the Roloff farms.

Fans following LPBW don’t want to believe that the relationship between Matt and Zach will improve. But according to In Touch, the father and son recently spent some time together.

On November 6, 2022, Jeremy Roloff’s wife Audrey posted photos and videos of the Roloff family gathering for Matt’s father’s memorial. The posts did not show Zach Roloff or Tori Roloff. They did, however, show Zach and Tori’s children with Jeremy and Audrey’s children. Matt then spent time with one of Jeremy and Audrey’s children on a separate slide, proving that the whole family put their differences aside. 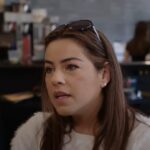 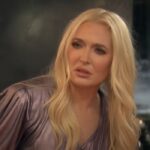