TLC fans can’t wait to see what happens in the future of “Little People, Big World”. The show’s final season focused heavily on the internal conflicts within the Roloff family, and fans were ultimately left with many unknowns.

Fortunately, it seems that TLC renewed the series, as according to Matt Roloff, camera crews were filming on the Roloff farms.

Fans looking for more information about the Roloff farms and the Roloff family can look forward to another season of Little People, Big World. TLC hasn’t officially renewed the series, but Matt Roloff announced to fans on Instagram that camera crews arrived at the Roloff farms to shoot footage.

Since the camera crews are in pumpkin season, the new season will likely start with more talk of Roloff’s farms.

Matt Roloff and Zach Roloff couldn’t come to an agreement on the sale of Roloff Farms, so they ended up in conflict. Zach and Tori Roloff gave up any hope of owning any farm property and moved out of state. It doesn’t look like the couple attended the first weekend of pumpkin season.

Based on these photos, it’s clear that fans will be seeing a lot of Zach and Tori in the new season despite the move. In fact, viewers can expect to hear more about their new location and how they’re feeling after distancing themselves from Matt Roloff. 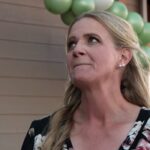 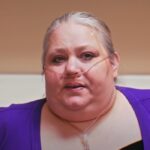