LPBW star Tori Roloff answers questions from fans asking if she will have more children. Is Josiah Luke their last child or will she and Zach Roloff add another little one to their family in a couple of years? If you didn’t know, Tori Roloff and Zach Roloff have three children. Their third child, Josiah, joined the family in April, so he is now almost three months old. Tori and Zach also have a two-year-old daughter, Lilah Ray, and a five-year-old son, Jackson Kyle.

The stars of Little People, Big World, Tori Roloff and Zach Roloff seem to love being parents and often flood Instagram with photos and videos of their children. But do they want more, or do they plan to stop at three?

In a Q&A session about a month ago, Tori said, “Never say never” about having more children. She seemed happy with three children, but did not want to rule out the possibility of adding a fourth. Her children are about two years apart, so she still had plenty of time to decide after Josiah’s arrival.

Now the answer is different. Although Tori gave birth only a couple of months ago, she seems to have already made up her mind.

On Wednesday, July 14, on her Instagram stories, Tori opened a box for questions. Many of her followers asked her questions about her past pregnancies, her children, her career, and more. One Little People, Big World fan, in particular, was curious if Tori Roloff and Zach Roloff plan to have more children.

A fan asked, “Any more kids?” The LPBW star wrote, “No more.” Then, she panned the camera over to her five-year-old son, Jackson, who was sitting beside her on the couch. She asked him, “Jackson, are we having any more babies?” 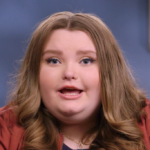 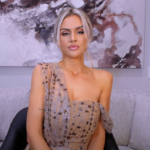