TLC’s “My 600-Lb Life” doesn’t just follow the lives of morbidly obese people. It also shows us who they are and their struggles, and makes us support every person who asks Dr. Now for help. Season 10 starts on 3 November and introduces us to a whole new range of people whose progress we can follow.

Sadly, however, not everyone in Dr. Now’s care is successful. How is Nathan Prater, who we meet in the season 10 premiere, doing now? He’s on the road to success.

According to People, both Nathan Prater and his wife Amber Prater are overweight and are trying to get their weight under control. Amber weighs 502 pounds, while Nathan is over 100 pounds heavier at 607 pounds. As we’ve come to expect from Dr. Now, he’s not going to sugarcoat what’s going on with the couple in the upcoming season trailer. “This is your life,” Dr. Now tells them. “You’re throwing it away, killing yourself for the food. If you keep this up, I guarantee you, neither of you will be here five years from now.”

According to a preview of the episode on TLC’s Facebook account, their diets just aren’t killing them. It’s also killing their marriage.

Unfortunately, all this care also prevents Amber Prater from finding time to look after herself. Even though she currently weighs less than Nathan Prater, she is worried that she will soon be his size. But it’s not just the physical strain of looking after her husband. She also faces anxiety, depression and constant exhaustion.

But despite the setbacks, both Nathan Prater and Amber Prater are doing much better today. And if anyone was worried that at the end of the episode we’d hear that the two went their separate ways, it’s good to hear that they’re still together and supporting each other on their weight loss journey.

As Nathan Prater shared on Facebook on August 4, 2021, he’s reached his first milestone: he’s come in under 450 pounds. Getting down 150 pounds is a big accomplishment, but it looks like Nathan isn’t done yet. Amber has also posted about her husband’s accomplishments, including being able to spend more time walking and spending time with his family. 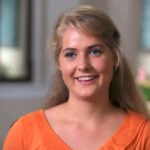 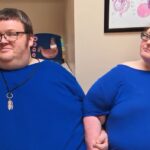