Like many other patients in My 600-lb Life, Justin McSwain of Rock Hill, South Carolina, lived with a food addiction that led him to gain nearly 700 pounds. His unhealthy eating habits emerged from a difficult childhood, as he began overeating at a time when his parents were going through a divorce. On top of that, the bullying and fat-shaming he endured from many people, including his stepmother, worsened Justin McSwain’s condition. By the time he reached his teenage years, Justin had already accumulated 90 pounds. Meanwhile, his addiction to food continued to increase at an alarming rate.

Eventually, Justin McSwain became so heavy that it became difficult for him to do simple household chores. His excessive weight, combined with conditions such as anxiety, depression, eating disorder, and agoraphobia, prevented Justin from leaving the house.

Justin finally decided to seek the help of Dr. Now. For his trip to Dr. Now’s office, he took a rental car and struggled to get into the vehicle, and instead said, “This is not the car I requested.”

However, he eventually arrived at the doctor’s office, expecting to be between 500 and 600 pounds. When the number 687.5 pounds appeared on the scale, Justin was devastated and decided it was time to take his weight more seriously. Justin committed to following Dr. Now’s low-fat diet and began working out regularly at the gym. After following the diet for a year and undergoing gastric bypass surgery, he ended up losing an impressive 334 pounds. The man who admitted to having an eating disorder and not knowing how to control it successfully changed his health and habits.

After reaching a new breath of life, Justin proceeded to check his bucket list by indulging in water rafting and taking flying lessons to earn his pilot’s license. He appeared on My 600-Lb Life: Where Are They Now? and revealed that he had lost over 450 pounds. He thanked therapy for making him realize that he deserved a chance at life.

Justin McSwain continues to take care of his health by participating in outdoor activities such as 5k hiking, something he never imagined he could achieve.

Justin McSwain admitted that the battle with food addiction, anxiety, depression, and agoraphobia is something he does every day. Although he admits that getting rid of old habits is not that easy, he remains focused and motivated.

Justin still resides in South Carolina with an adorable corgi named Finn. On his 30th birthday in June 2020, Justin shared how, at one point, he wasn’t even sure he would make it to this age. 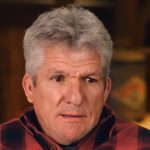 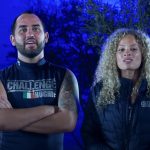