Erica Wall had a heartbreaking story in season 5 of My 600-Lb Life and viewers want to know how she’s doing now. She appeared on the show back in 2017, weighing 661 pounds. The 44-year-old from California had an incredibly difficult upbringing and turned to food for solace. Erica has been through a lot in recent years, from weight loss to relationship struggles.

Erica is the oldest of three children, but her relationship with her brother and sister was strained by My 600-Lb Life. Her siblings were disappointed that she didn’t initially make an effort to help herself heal, but that eventually changed with the broadcast.

Throughout her childhood, Erica Wall’s father bullied her for gaining weight, and as a young girl she was sexually assaulted by several of her boyfriends. At the age of 17, she had her stomach stitched, but they didn’t last and she gained the weight back. Erica received lifelong support from her mother, but she died tragically after a car accident.

Erica’s reason for being upset was that she couldn’t kiss her mother goodbye in hospital because she was worried she was going to have a tube pulled out.

At the beginning of My 600-Lb Life, Erica described her life as miserable because she had nowhere to walk and no independence. Her niece was the only family member she saw constantly and who enabled her food addiction by constantly buying her junk food. Erica was committed to the journey and although she had setbacks, she lost over half her weight and seems to have maintained it to this day.

Erica Wall’s social media presence has been sparse since her ‘My 600-Lb Life’ episode, as her last post was a mysterious message in 2020. The post mentions being desperately in love with someone even after leaving, which many viewers think refers to her former boyfriend Jimmy. Erica has stayed out of the spotlight, leaving fans with only hope that she has continued to fight for herself and feels happier than she did on the show.

One of her motivations to lose weight was to reconnect with Jimmy on ‘My 600-Lb Life’, who wanted to help her get healthy. They moved to Houston together, but Erica revealed that they later had a falling out after she moved more stuff from her apartment to her new house.

Erica was devastated by the break-up and sought solace in food again on My 600-Lb Life. Even though they broke up, Erica still has a Facebook profile picture of her and Jimmy, leading some fans to believe they are still together. 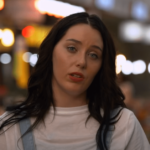 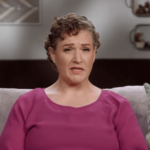