Teretha Hollis-Neely applied to My 600-lb Life in 2016 in an attempt to build better ties with her grandchildren and stop relying on the help of her son, Darius.

The 47-year-old healthy eating advisor had difficulty getting used to the strict diet and exercise regime that participants are required to follow. However, she made some radical changes after undergoing gastric surgery – and has not looked back since.

“I’ve just let myself go to the point of being bedridden […] I do everything from my bed. I’m literally a prisoner of my own weight, and now I can barely move,” Teretha admitted during her first appearance on My 600-lb Life.

“It’s been two years since I’ve been able to get out of this bed […] I’m not comfortable not being able to get out. I mean, months go by and I don’t go out. Hell – the seasons change, and I can’t get out,” she said. “Having my son and his girlfriend touching my personal areas is very, very uncomfortable, but this is my reality. It’s a mess. It’s really messed up, and it’s disgusting,” Teretha confessed.

During the first few months of the program, she faced some challenging challenges, including numerous disagreements with the famous bariatric surgeon and My 600-lb Life’s chief consultant, Dr. Younan Nowzaradan.

Teretha Hollis-Neely was sent home after only seven months when Dr. Now learned that she had started asking for extra portions from the kitchen and refused to try walking again.

During this time, Teretha Hollis-Neely was required to attend designated counseling sessions to help her manage the long-term impacts of the traumatic events that took place in her life, the Daily Mail reveals.

As it was revealed, she was sexually abused at age 11. The heartbreaking experience led to her eating compulsively. She became pregnant at the age of 15, which marked the beginning of another dark period. To deal with the emotional distress caused by her parents’ disapproval, she took refuge at her grandmother’s house and indulged in food. She became morbidly obese after being fired from her job as program coordinator.

Teretha Hollis-Neely underwent gastric sleeve surgery in the seventh month of the program. The surgery marked a historic moment in her weight loss journey, and shortly afterwards she began to lose weight quickly. 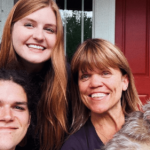