Myrka Cantu appeared on TLC Unexpected with a very dramatic story. It all started when her mother threw her out of the house after finding out she was pregnant. So she moved in with her boyfriend Ethan and gave birth to their baby. In fact, she was only 16 at the time.

It turns out that the young celebrity took to her social media again to reveal that she was pregnant again. She and Ethan broke up, as reported by Myrka Cantu in the latest update on the couple. So, fans are wondering who is the father of Myrka’s second child.

Myrka Cantu was already part of the 4th season of TLC Unexpected in 2020. Apparently, her storyline was really dramatic as she moved in with her then-boyfriend Ethan. However, the couple are no longer together. But to the surprise of all fans, she took to social media to announce her second pregnancy.

Apparently, she did a season of Ask Anything while answering many questions. With this, the teenage mother posted pictures of her pregnancy bump and revealed that she is 15 weeks pregnant. Well, a lot of people wanted to know the gender, but Myrka said she didn’t know yet.

Many viewers wanted to know who the father of the child is. Myrka finally said that he was her current boyfriend. In fact, she kept his identity a secret while saying he was 18 years old. In addition, the star also did not reveal his name, which is because she feels that she is quite shy on social media and does not like being posted.

During TLC Unexpected, she had her baby girl Attalie at the age of 16. While many of her followers shunned her for being pregnant again and not being safe, Myrka told them to mind their “own business”.

Since Myrka Cantu finally made her second pregnancy public, many of her followers have asked her many questions about her life. But one question stood out the most. Namely, one supporter wanted to know if the teenager will return to TLC Unexpected next season.

Well, to which she quickly responded by saying a resounding “no”. In doing so, Myrka Cantu also made a shocking accusation against the channel for treating her like a “literal dog” while on screen. Well, she didn’t explain any more and then moved on to answering other questions. 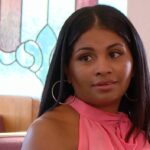