When Will Season 6 of ‘Unexpected’ Be On TLC?

Unexpected fans should start to get excited. It looks like the TLC reality series is starting casting for the new season.

This is a big deal, as viewers have been waiting for any indication if the show will return. The fifth season ended back in June. As of now, the cast has said they have no idea whether or not season 6 will come. Lilly Bennett seemingly answered that question with a recent Instagram post.

When Will Season 6 of ‘Unexpected’ Be On TLC?

Lilly Bennett has had quite a run in the series. She appeared for the first time in the first season, gave birth to her daughter and then left. In a twist, she returned for a fourth season.

This time she was pregnant again, but with a different man. She had a new boyfriend, Lawrence, and they were expecting a boy. Before he was born, Lawrence proposed to Lilly and then they adopted LJ. In season 5, they navigated living with their two children and planning a wedding.

Now it seems Lilly is helping to recruit girls like herself. On her Instagram, she posted a casting call. It doesn’t say which show they are casting for. But production company 2POINT0 is producing Unexpected. They’re looking for pregnant teens who are expecting between January and April next year. This means that filming for the series could start in late November/early December.

Usually, the girls come in around the 37th week of pregnancy. They also ask if the teenagers have a unique story to tell or if they are in high school.

Lilly and some of her actors posted a similar message in August. However, it was rather odd as it asked for applicants to “appear” to be aged 14-19. So it could be an updated post or they didn’t find what they were looking for the first time.

So far, Jason Korpi has announced that he and his girlfriend Kylen Smith have left the show. Most viewers didn’t want to see them back anyway. Tiarra Boisseau also said that she and her family would not return if there was another season. She came back for season 3 with her pregnant sister Tyra.

Tiarra and their cousin Taylor had just become teenage mothers themselves. But in season 5, the tables were turned because Taylor and Tiarra were the ones expecting a baby. Finally, newcomer Emersyn Potter shared that she wouldn’t bother coming back if asked. 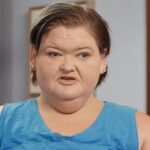