‘Sister Wives’: Is Meri Brown Desperate to Get Back with Kody Brown?

The last few seasons of the TLC series painted quite a picture of the future of the family. But it’s the posts that are popping up in real time today that seem to seal the deal. It seems that there are now two distinct families in the Sister Wives’ unions. Each of these families consists of two wives. This week, a photo of Meri Brown seems to add fuel to this theory.

She took a selfie with Robyn’s daughter Breanna Brown, who is finishing high school. Meri Brown’s praise of this young “sweet” girl makes fans wonder what is going on with the children Meri helped raise.

From what Sister Wives fans see online today, it seems things have changed. It seems that Christine Brown and Janelle Brown remain close. But Meri is not part of the equation that makes up the new family necklace. Fans don’t see Meri in photos today with the children she has helped raise.

‘Sister Wives’: Is Meri Brown Desperate to Get Back with Kody Brown?

When the last season came to an end, Kody Brown was weighing between monogamy vs.polygamy. Based on what he said at the time, monogamy seemed to win.

Some fans say his devotion to Robyn Brown seemed to be his one and only woman. This, as well as his lack of devotion to Christine, caused the departure of this third wife. But even though Janelle was at odds with Kody, she wasn’t going anywhere – yet.

From then on, Janelle and Christine seem to spend a lot of time with their children. This keeps their children close, which they have always been. The three original Sister Wives moms changed all the children’s diapers. They got to see all the babies take their first steps and hear their first words. So the love for their children grew and it didn’t matter which wife gave birth to them.

Now two of the wives keep their children close, as a family should. But Kody seems to focus on his family of five with his fourth wife. Meri, too, seems to be leaning towards a split family.

Her need to get back to Kody may cause Meri to follow the path he has forged. Whatever is happening with the Sister Wives, the family seems to have split right down the middle. Meri Brown is on Kody Brown’s side. 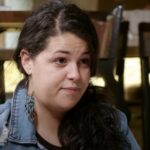