Sister Wives: Robyn Brown Is ‘Scared’ Of Adding Wives To The Family

In the preview for Part 3 of Sister Wives’ 17th season One-on-One special, Robyn Brown admits that she is “scared” of the idea of her husband Kody Brown marrying more than one woman. She wanted the experience of multiple marriages, but now she’s not so sure it’s feasible.

In the first episode of Sister Wives One-on-One season 17, Kody Brown’s wives Janelle Brown and Meri Brown revealed their separation about a year after Christine Brown announced her divorce from Kody. They were married for 30 years, but for the last ten of those years they were separated. Kody decided that his and Meri’s marriage was over and he thought it was time to go public. Janelle decided her 28-year marriage was over after she noticed her children’s relationship suffering because of Kody’s absence.

Many of Janelle’s children were tired of Kody ‘favor’ Robyn Brown and their six children. Janelle finally had enough and had been separated from Kody for “several months” when the reunion was filmed.

Sister Wives: Robyn Brown Is ‘Scared’ Of Adding Wives To The Family

Robyn Brown has made it known that she opposes the wives leaving Kody Brown and believes they should have fought harder to remain a family. She has even gone so far as to say that Christine “destroyed” her dream of a plural marriage. Does that mean she’s willing to find new Sister Wives? In a clip from the upcoming Sister Wives (via People), Robyn isn’t sure where Kody stands on the possible addition of new wives. “He’s basically said no,” Robyn tells reunion presenter Sukanya Krishnan.

Robyn Brown talks about whether she and Kody should try polygamy again; she says “maybe”, but her body language signals her hesitation. “I’m scared of it because of how badly this has gone,” Robyn admits. 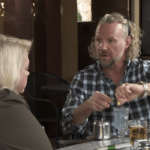 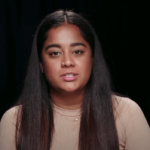