The View: Meghan McCain doesn’t want to be a cliché

Meghan McCain is the controversial conservative co-host of The View. After the resignation of Abby Huntsman at the beginning of the year, the Republican financier was left alone with the left-handed panel. With a chair open to another lady to fill, the producers might just try new people.

Elisabeth Hasselbeck is set to co-host the March 11th day show and Meghan McCain is extra excited for her return. At the top of the show hour on Tuesday morning, Whoopi Goldberg sent her thoughts to the former co-host.

“I have to start on a very serious note,” Whoopi Goldberg took the floor after greeting the live audience. “Last night, a number of tornadoes tore through Nashville and the Tennessee countryside and claimed the lives of at least 19 people so far. We’re thinking of everyone involved.”

Goldberg continues: “Our friend Elisabeth Hasselbeck lives there and I wanted to make sure she and her family were okay. Lissie, we’ll see you next week if you’re a host.”

“She’s the only woman I’d give up my chair for.” Meghan McCain sounded in. “She can always sit in the conservative chair. She’s the OG. I love her.

The View: Meghan McCain doesn’t want to be a cliché

Meghan McCain gets a lot of flack for being strong in her beliefs. She’s a woman who knows where she stands and fights her point of view. The passion with which she defends her political views is matched only by Hasselbeck. There have been many conservative women on the panel since the last one left the show, but Meghan McCain stayed the longest.

But Meghan McCain doesn’t want to be a cliché and one day leave the show by talking about everyone. The gossip about her relationship with her co-hosts is rampant, but McCain has been able to deal with it.

“It’s strange to me because The View has a long history of 25 years and there’s this within the walls of the palace gossip and I just don’t want to be another cliché View-co-host who’s bitter about their experience there,” she said on Watch What Happens Live in January. “It’s been an incredible experience so far and I’m not going anywhere, I’m still here. I’m a person and I have feelings and I’m just trying to do a good job”.

The View: Elisabeth returns to ‘The View’

Elisabeth Hasselbeck left The View in 2013 and recently returned to the show in 2019 where she talked about her time as co-host.

“If you spend a decade with someone… I feel like I grew up here, I’ve had babies here. It’s like a family, so this actually feels really good,” she said sitting at the “Hot Topics” table after six years away.

McCain told Elisabeth Hasselbeck that when she joined the talk show, she tried to imitate her.

“How the hell did you do this for ten years? The only conservative thing about this show is… I’ve always respected you. When I first came on my first day, I said, “I want to imitate Elizabeth,” because you really were the OG of this chair,” McCain said.

Elisabeth Hasselbeck said everyone at the table has unique voices. The trick is to “hold your constitutional right to your faith and your religious freedom in one hand, and your friend’s hand in the other”.

“The goal is to keep the conversation going because you have to come back the next day and have another one,” Elisabeth Hasselbeck added. 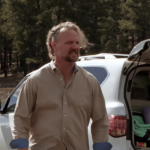 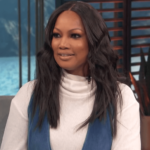