It’s easy to see why “My 600-Lb Life” is still going strong. The series, now in its ninth season, has an inherent dramatic quality when people suffering from morbid obesity want to change their lives dramatically. With each episode, you never know whether you’ll get someone who actively wants to improve their life or will resist at every turn.

Fortunately, Season 9’s Chrystal Rollins fell into the latter category and proved that she had the commitment to lose weight before she went in for surgery.

The mother of two managed to lose around 113 pounds in eight months, more than enough to earn praise from Dr. Now. At the end of the episode, she still had to work on her health before she was cleared for surgery, but the important thing is that she is on the right track and now 100 kilos lighter for her children. So how has she been since the end of filming My 600-Lb Life?

Many members of the ‘My 600-Lb Life’ family continue to record their progress on social media so that fans of the show can see how they are doing after their time in the limelight.

This includes season 1’s Melissa Morris, who offered motivational updates in a post on her Instagram. Unfortunately for Season 9 viewers, Rollins is a bit of a blank spot when it comes to online presence.  Although she has a Facebook and TikTok account, she doesn’t post often. In fact, the last TikTok video he uploaded was in July 2021.

All of this means we don’t know how her weight-loss journey has gone since the cameras stopped filming. She last updated her Facebook profile picture on 11 November 2021 and looks relatively the same as she did at the end of the ‘My 600-Lb Life’ episode.

Significantly, she doesn’t appear to be wearing any extra oxygen in her recent profile pictures, which was a major point of contention in her episode. Dr. Now was convinced that she would be healthy enough to get off the oxygen, otherwise she wouldn’t be able to handle the anesthesia as part of the surgery. The only thing that matters is Rollins’ health, and by all accounts it seems he is on the right track. 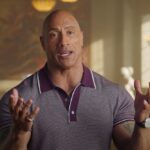 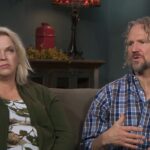