How Is Margaret Johnson From ‘My 600-lb Life’ Doing Now?

My 600-Lb Life spoilers reveal that Margaret Johnson is ready to get healthy. In the new spoilers for the show, we get to see Margaret and how she is struggling in life and just getting by.

Her depression is horrible and she knows that in order to get her life back together, she needs to lose the weight she needs to get weight loss surgery. Dr. Now is ready to help her focus on the important things in life.

Johnson started the show with a weight of 750 pounds. She is 35 years old and only uses a walker to walk around her home. Dr. Now began setting goals for her because he would like to see her succeed.

Margaret Johnson told the cameras that she and her siblings had a very hard life when they were kids and her father was the one who ate all the food in the house and basically let them starve. She decided that if he wasn’t going to feed them, she would steal his food in revenge. When she was only six years old, she weighed over 100 pounds and that was the beginning of her weight gain and overeating.

Dr. Now is concerned about Margaret's commitment to change, but she says she's willing to do whatever it takes to qualify for surgery. Follow her journey tonight at 8/7c on #My600lbLife. pic.twitter.com/ywVZm42csn

How Is Margaret Johnson From ‘My 600-lb Life’ Doing Now?

Margaret Johnson’s mother also opened up about her health and told the cameras that she has always known her to eat very unhealthy foods. She basically helps take care of her, but sometimes treats her like a child because she is so frustrated with her eating habits and her health. She is his primary caregiver right now.

She has started taking in fewer calories and her mom is trying to help her by buying healthier foods for her and following the diet that Dr. Now suggested for her. By eating healthier, she can lose the weight she needs to have gastric bypass surgery. 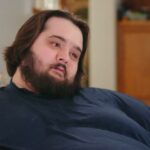 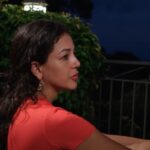