Little People, Big World teasers reveal that Amy Roloff is in trouble in TLC programs because it takes her a while to find a home. Meanwhile, Chris Marek is trying to help her find a positive view of the situation. If Amy Roloff somehow finds herself homeless, Chris suggests where she might live. This is all part of the construction that raises the big question. LPBW airs every Tuesday on TLC.

Amy Roloff had Chris Marek come over to help her with the pool. While he’s there, Amy’s hoping to get Chris’ input on “this house-hunting thing.” Then, Amy Roloff found a house and made an offer, but the owner turned it down. Now she has a feeling she won’t be able to find a new place to call home anytime soon.

Guess what? It’s Tuesday and @tlc Little People BIG World is on TONIGHT. ♥️. Woohoo! 🎉 So grab a glass of wine 🍷 – some hors d’oeuvres 🍤🍡🥟🥗or pizza and popcorn 🍕🍿and I hope you’ll be watching another NEW episode of LPBW w/ me tonight. One thing ‘staying in’ is doing for me is I actually get to watch my show. 😎. Oh dear 😊. I hope you’re still doing well… with ‘staying in’. We can still do this together.. for all of us. 😊♥️ #tlc #littlepeoplebigworld #newepisodes #stayingin #watchingtogether #storyofamyrandchrism #family #lifemoments

Amy Roloff was hoping to be in a new home by then. But Chris Marek assures her that “could still happen”. However, she does not share his optimistic attitude. Chris says he tried to help Amy be a little more positive. He notices she tends to be more pessimistic. Also, Chris Marek says that when looking for a place to live, a positive mentality is crucial. Otherwise, he says, “every house will be wrong.”

The Little People, Big World promo explains that Amy Roloff needed a little encouragement from Chris Marek. She says he “definitely needed to encourage me a little to stay positive.” But Amy Roloff says she no longer feels like the farm is her home. And that’s why she wants to get out as soon as possible. 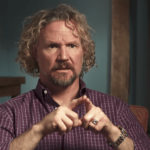