My 600-Lb Life, TLC’s reality TV series now in its ninth season, details the lives of people who are on a major weight loss journey for a chance to achieve a healthier lifestyle.

Participants are advised by Dr. Younan Nowzaraden, aka Dr. Now, to follow a strict plan to lose as much weight as possible before being cleared to undergo sleeve gastrectomy or gastric bypass.

As viewers have seen over the course of numerous seasons, the journey of these individuals on the show is not an easy one. From suffering through mental health issues to dealing with loved ones who act as enablers of their dangerous weight gain, there is a litany of obstacles to overcome that could prevent them from succeeding. However, My 600-Lb Life has managed to produce some success stories that have left participants completely transformed.

Christina from season two is one such story, as she now looks completely unrecognizable. Per The Cinemaholic, during her time on the show at the age of 22, she closed at 708 pounds. She was bedridden and hadn’t left her home for two years. Phillips had become completely dependent on her mother and her husband Zach, who seemed to indicate on the show that he liked his wife being dependent on him. Although it was difficult, she was determined to change, realizing that if she didn’t, it would cost Christina Phillips her life.

After meeting with Dr. Now on the show, Christina Phillips was advised to lose weight on her own before undergoing gastric bypass surgery. She followed Dr. Now’s strict regimen, losing 267 pounds. However, she also divorced her husband Zach, who was unable to handle her as a more confident and independent woman.

Despite the heartbreak, Christina Phillips continued her journey and eventually moved forward with her surgery. During her “Where Are They Now?” episode in 2015, Christina Phillips revealed that she had also undergone skin removal surgery and weighed 183 pounds.

But there was concern, as she also revealed on social media that she was suffering from anorexia due to the fear of gaining the weight back. As she revealed in a 2017 People Magazine interview, though, Christina Phillips was trying to enjoy her life to the fullest. “The simple things in life are enjoyable for me. I know it sounds silly, but it’s the honest answer,” she said. “Just walking and being able to go to the park with my grandson. It’s] the simplest thing like taking him to the park or going shopping or driving.” Christina has kept a low profile for the most part, but as she revealed on her Instagram, she is now a proud new mother. Her son Ethan was born in February of this year. 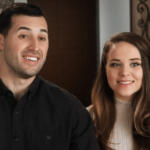