TLC is well known for its reality shows, one of the most popular of which is My 600-Lb Life. Each person who participates in this show starts out at 600 pounds or more, and viewers follow them over the course of a year as they strive to get healthier.

Most of the patients end up with amazing transformations, which makes many fans wonder where they end up after the episodes are over.

Season seven’s Tiffany Barker was a fan favorite because of her tragic backstory. In a therapy session, Tiffany Barker described how her father’s verbal abuse eventually forced her to seek solace in food and triggered a lifelong battle with depression.

Although she started at 673 pounds, she worked hard to lose enough weight to qualify for weight loss surgery and ended her episode at 415 pounds (via Starcasm). Since the episode aired, Tiffany Barker has been posting regularly on Instagram and TikTok, giving a glimpse into her new life.

Aside from her remarkable change in health, Tiffany Barker has seen many other changes in her life since taking part in My 600-Lb Life. She’s posted some personal updates on Instagram, letting fans know that she’s moved back to Washington, D.C., and is no longer with her boyfriend Aaron, who viewers also met on the episode.

After some tough moments, she seems to be doing well and is keeping up her healthy eating habits by sharing photos of her healthy home-cooked meals. She sticks to what she calls a “low-fat low-carbohydrate keto diet”.

Tiffany Barker also seems to be enjoying his new job. He has started a segment on his personal TikTok called “Life as a Leasing Agent”, where he posts witty comments about situations he encounters at work. We’re glad to see he’s having fun in his new role, especially after Monsters and Critics announced he was fired from his previous job in 2019. 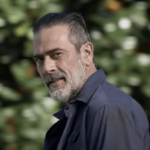 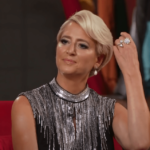