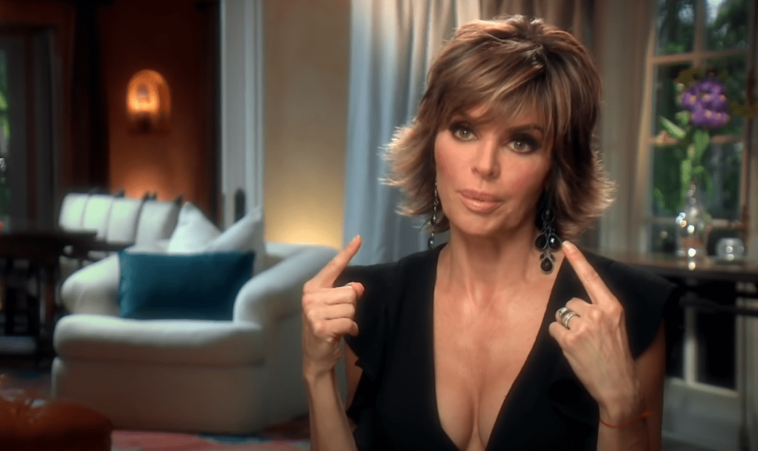 Lisa Rinna and Garcelle Beauvais of The Real Housewives of Beverly Hills keep arguing about social media. Both stars unfolded each other after the season 10 reunion and things don’t get better between them. Rinna recently took to Instagram to call Beauvais for an obscure comment she made appealing to her daughter’s eating disorder.

RHOBH: What Did Garcelle Beauvais Say?

On RHOBH Season 5, Episode 13, the ladies are in Rome, Italy for their annual girls’ journey. Over dinner, Kyle Richards asked Lisa Rinna what her mother thought of her sensual Instagram videos.

“I do a lot of things on Instagram because Lois watches Instagram. So she sees everything,” said Lisa Rinna. “She’s got an iPad. Even though I know I’m ridiculous, I always know she sees everything and the girls. I think it’s really great for her.” Although Beauvais didn’t say anything at the table, she did have a lot to say in her confessional.

“I love that Lisa is free enough to do the videos and dance, but almost naked dancing is not a choice for me if I had a daughter who had body issues,” said the Coming To America actress.

Missing this slice of heaven. 🇨🇦🌲🦆

Lisa Rinna did not respond directly to Beauvais, but she did share tweets she found on social media that supported her.

“I love Garcelle, but her comments [about] Lisa Rinna’s IG and daughter’s eating disorder felt annoying,” read one of the tweets. “That’s Mommy being ashamed at her worst. We’ve been so hard on ourselves. I felt bad for every parent who watched and had to endure a child’s eating disorder.

“Exactly. The only person who commented was Amelia [Gray Hamlin],” read the second tweet. “If Garcelle wants to go digging in Lisa Rinna, it’s a fair game. But using the eating disorder to make the dig was a low blow. It’s so brave of Amelia to be public about her anxiety and other mental health problems at that age.