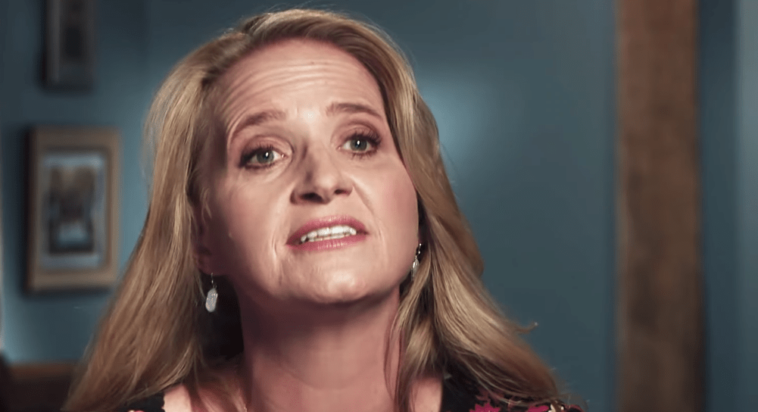 Sister Wives star Christine Allred Brown is best known as the third wife of Kody Brown. She and Kody share six children, five daughters, Aspyn, Mykelti, Gwendlyn, Ysabel and Truley, and one son, Paedon. Christine Brown was raised in a polygamous family. So she knew at a very young age that this was the lifestyle she wanted to pursue. Here are a few things you may or may not know about Christine Brown.

Sister Wives celeb Christine knew from an early age she wanted to be in a plural marriage. As she said in the opening credits of the show, “I wanted the family, I just didn’t want the man”.

Christine felt she would like the role of third wife best. The first wife is Meri and was the legal wife. The first wife deals more with the problems of jealousy, with the addition of other sister wives. So, as the third wife, she felt that she would be the last wife and would remain the shiny new toy in Kody Brown’s toy box.

However, all this changed in sixteen years of marriage to his Sister Wives, when the common husband added a fourth wife, Robyn Brown. So Christine still had to deal with the problems of jealousy that wives one and two had. Certainly not what she saw as her third wife.

Sister Wives: Christine Brown Has Never Been A Legal Wife

All the Sister Wives except Christine Brown have been legally married. She’s the only one officially classified as an unmarried woman. Although she considers herself married to Kody Brown, their marriage is only a spiritual union. Besides, the only man Christine has ever been with is her common husband.

Meri Brown is Kody’s first wife and was his legal wife until 2014, when they divorced legally so they could legally marry Robyn Brown and adopt her children from her first marriage. Janelle Brown was married to Meri’s brother Adam Barber before she divorced to marry Kody Brown from Sister Wives.

She Was A Stay At Home Mom

All the Sister Wives work outside the home with the exception of Christine Brown. Her most important role in the family was as a carer for her children and the children of her fellow wives. Her contribution to the family’s finances was thus to take care of the clan’s children as the others worked. It was what brought her most joy and satisfaction.

These days Christine Brown does work. She followed in Meri Brown’s footsteps and now sells LuLaRoe online. In fact, just like Meri Brown, Christine is very successful. What’s more, LLR has tuned in to a brown family business because Christine’s children often help her with her live sales on Facebook. Plus a few other Brown kids also sell the clothes as their full-time job.