Since its inception in 2012, TLC’s TV show My 600-lb Life has featured dozens of participants who have tried to change their lives for the better and get healthy. Under the guidance of bariatric surgeon Dr. Now, many of the show’s participants have been able to achieve incredible transformations.

Ryan Barkdoll starts his journey on the show weighing 740 kilos, living in a recliner because he can’t quite fit into a bed. He lives with his mother and her boyfriend in Montana, but wants to live on his own and start his own family one day.

Ryan Barkdoll grew up in Oregon with his mother and stepfather. He was under the impression that his stepfather was his birth father, but he didn’t get the love and attention he needed to grow under his stepfather’s care. He was sent to live with his grandparents at the age of 10.

Several tragedies in Ryan Barkdoll’s life quickly led to a spiral. After turning to food and weighing 100 kilos at the age of 10, he lost his grandfather at the age of 13 and discovered that his biological father, a drug addict, had died that same year. By the age of 17, Ryan weighed over 300 kilos and was heavily abusing drugs. By the age of 18, Ryan Barkdoll had joined a job centre and was trying to find work as a welder. When he couldn’t manage, he moved back home and fell back into bad habits. Luckily, a friend found Ryan a job in Montana, but Ryan was fired shortly after taking the job because of his size. To better support him, Ryan’s mother and new boyfriend moved to Montana, where his journey in the series begins.

The terms of Dr. Now’s weight loss program were simple: Follow a 1,200-calorie, no-carbohydrate diet to lose weight. Despite the best efforts of Dr. Now and Ryan’s mother, Ryan Barkdoll resisted help and even ordered junk food behind his mother’s back. He was supposed to move to Houston, Texas to fully complete the Dr. Now program, but unfortunately, as of December 16, 2021, he is out of the country and refuses to contact Dr. Now. 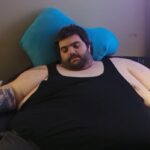 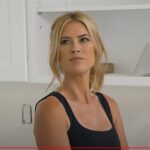