On Tuesday, Jessa Seewald shared a new video with Duggar fans. She uploaded a video about her kids’ toy organization. Jessa Seewald and her husband Ben share three young children, Spurgeon, 4, Henry, 3 and Ivy, 11 months. Since Jessa has three little ones, fans think it’s hard for her to keep up with all the mess.

Jessa Seewald writes: “As parents, we buy toys for our children, which are also given away for birthdays and holidays by family and friends. In the video, Jessa Seewald and her children take care of the toys in the house. She explains that she takes all the toys in the house and brings them in one space. She says they also empty the drawers and look under the beds and sofas.

Then she continues: “Sometimes it seems that the toy situation is getting out of hand and the house is flooded with them! In this video we are doing some spring cleaning and creating a rotation of the toys to keep things under control and also fresh and exciting”.

While her daughter Duggar and her children sort the toys, they organize them into specific boxes. She has involved the children in putting things in the right place. When they put the vehicles in a box, Jessa Seewald says they have to find all the toys that fly or drive. Spurgeon tries to add a Frisbee to the box and points out that it flies. Duggar fans think Spurgeon is pretty smart.

In the video, Jessa Seewald says they don’t get rid of many toys. But, they’re starting a toy rotation. Jessa Seewald keeps some toys in storage and some in the house. Let the kids have a say in how the toy rotation works.

In response to Jessa Seewald ‘s video, fans agree with what she has to say. They also love the advice she shares, and many want to implement these same strategies in their homes. They think Jessa is a great mom and her kids are really smart.

Some people point out that it’s great that Jessa’s kids help her organize her toys. The fan hints at how parents usually do it without the kids. But, really, it’s good that kids learn how to organize. Overall, fans seem to like Jessa’s new video. 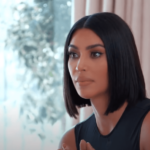