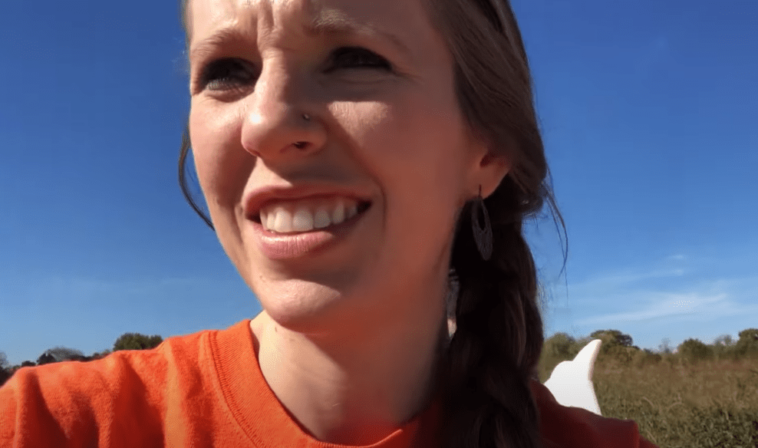 Counting On: Jill Duggar Hints That Kids Might Watch Tv

Jill Duggar shared a new Instagram post that could prove that her children watch TV shows. In one post reveals that Samuel, 2 years old, suffers from allergies. So, to help her, Jill Duggar puts her kids‘ stuffed animals in the freezer. Jill writes: “The allergist has recommended freezing everything that is difficult to wash at least once a month for 48-72 hours to kill dust mites! I usually pack them to keep them away from moisture and contain them a bit”.

In response to the post, Duggar fans offer Jill Duggar more tips to try. While this is what many of the comments focus on, some fans notice something interesting in Jill Duggar’s photo.

Counting On: Jill Duggar Hints That Kids Might Watch Tv

In the photo that Jill Duggar shares, a Paw Patrol stuffed animal is visible. It seems strange, because the Duggar family doesn’t like televisions. Jill Duggar and Derick don’t have one at home, at least not that fans have seen. Jill Duggar revealed that the family sometimes watch programs or movies on their computer. When she recently cut the kids’ hair, they watched Sesame Street on her smartphone.

So, it’s possible the kids might know about Paw Patrol from the shows on their mom’s phone. Or maybe the kids are just interested in the stuffed animal.

….and….one hour ago this handsome papa wrapped up his second year of law school! 🥳 Whoop! Whoop! 🤗 . . Now he’s on “break” for a couple weeks before summer classes and job start! . . #lawstudentlife📚 #summer2020 #covid #2L #rising3L . . And we are off to deliver @grubhub together now. 🤗

The family doesn’t really like television. Jim Bob talked to the Huffington Post about it almost ten years ago. He says he and Michelle had a TV at the beginning of their marriage. But apparently, it was a distraction.

At the time, Jim Bob said, “Communications broke down, we didn’t talk much and we couldn’t believe the television content we didn’t think was appropriate. This is bad for our marriage. We prayed for that and we felt we had to get him out of our house, which we did. And I’d say that’s one of the best things we’ve done for our family.” He also shared that the Duggar family had a TV afterwards and that they watched “healthy” family programs.

Although that’s what Jim Bob thinks about TV, it seems some of his children see things differently. Jinger Vuolo posted that he watched TV when Kobe Bryant died in January. Several of Duggar’s grandchildren also watch programs on their parents’ smartphones.