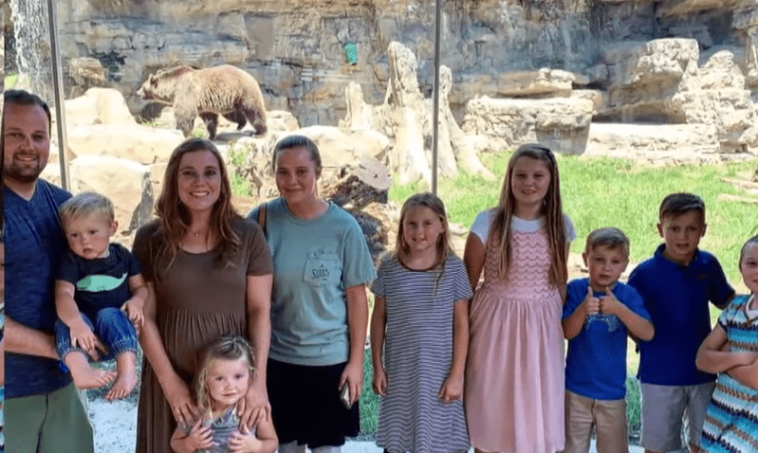 Counting On: Two Duggar girls, in particular, look pretty unhappy about appearing in the video

John and Abbie Duggar welcomed their first daughter together in January 2020. While the Duggar family was thrilled to welcome yet another Duggar granddaughter, critics closely following the family noticed that not everyone seemed too happy. At least, they weren’t happy to appear in a video about the whole thing. A video clip, which appeared in the special on the birth of John and Abbie, raised concerns about the younger members of the Duggar family.

Two Duggar girls, in particular, look pretty unhappy about appearing in the video

While the birth special was all about the arrival of Grace Annette Duggar, Jennifer and Jordyn Duggar’s body language put most people in trouble. Both girls look absolutely miserable. Jennifer Duggar, 12, stands between her two older sisters, Jana and Johanna, while Jana talks about Abbie’s progress. She never smiles, never looks at anyone talking, and remains almost perfectly still, as if she were petrified by the camera.

Jordyn Duggar didn’t seem particularly enthusiastic either. Jordyn, who is less than a year older than Josie Duggar, stands rather stiffly during the video and turns just to look at Jana. She never smiles during the footage either. According to Pop Culture, fans are seriously concerned about Jordyn’s current state and fear that she has been neglected because of her birthday near Josie, who was born micro-preemies.

Counting On: Duggar family followers have long been concerned about Jordyn and Jennifer Duggar

The video may be the most recent evidence suggesting that Jordyn and Jennifer, in particular, are not thriving within the ultra-conservative Christian family, but it is not the first. In 2017, fans were particularly concerned when a video of Jordyn’s 9th birthday appeared. In the video, Jordyn instinctively covered her chest and seemed to shake every time one of her parents touched her. The video was so strident that many followers wondered if there had been physical abuse in the house.

A video of Jennifer Duggar also raised concerns. Years before Derick Dillard began speaking out against the Duggar family, he inadvertently filmed an exchange between Michelle Duggar and her daughter, Jennifer, for Facebook Live. In the video, Michelle Duggar is apparently seen reprimanding the young Duggar before turning away from her. Her demeanor changes as soon as she notices that Derick Dillard is filming, but her followers are more concerned about Jennifer’s behavior. It looks like she huddled away from her mother during the exchange. Critics have considered video evidence of abuse inside the house. At the very least, they’ve proven Michelle’s not nearly as sweet as she portrays herself on camera.