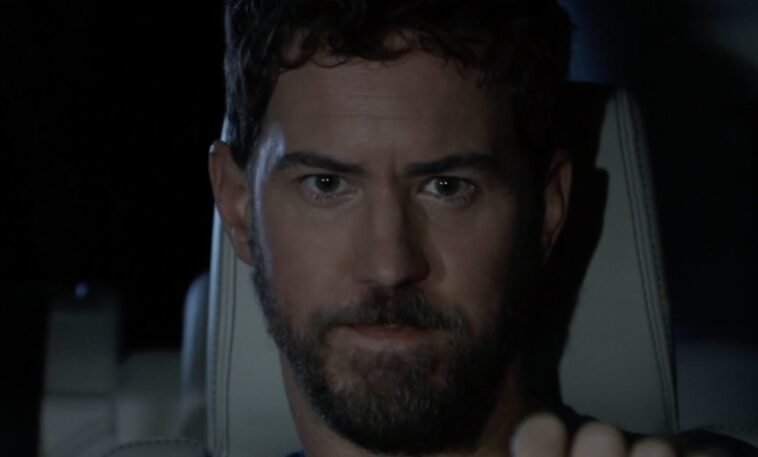 General Hospital Spoilers: Peter Has Many Targets On His Back

General Hospital viewers will remember that ever since Peter August left with Maxie Jones tricked into thinking they would make a new life together by coming back for the kids, the walls closed in on Peter! Maxie Jones left one of her earrings in Louise Jones’ when she and Peter dropped Louise off at the safe place at the fire station in Port Charles, and Anna Devane took the hint right away!

Then, as General Hospital viewers will recall, while Peter August and she were on their way to Verstecte Weise, where Peter August had bought a farm, she convinced him to stop at a rest stop.

While he waited outside the women’s restroom, Maxie Jones found a lipstick in the trash and wrote an sos to call Anna, and left the other earring, and a woman heard the cry for help and called Anna. Anna, Dante Falconeri and Drew Cain flew to Zurich to the WSB office there, where Anna found clues in Peter’s book, “The Severed Branch” that led them to the farm near Bex.

General Hospital Spoilers: Peter Has Many Targets On His Back

General Hospital viewers know that Peter has many targets on his back – including one from Victor Cassadine who is determined to kill the double agent! He has his henchman Johann working with Agent Krieger one of the agents in the Zurich WSB office, who is also listening to what Anna, Drew, Dante and the other agents find about where Peter might be headed.

However, Victor has instructed his henchmen that if Dante and Anna get in the way, they are expendable; but to preserve Drew’s life and blackmail him if possible, because he still wants to get to that buried secret of Cassadine’s that he thinks Drew knows!

General Hospital viewers know that Victor’s plans to eliminate Peter make things very dangerous not only for Dante, Anna, and Drew, but also for Maxie, who could easily be caught in the crossfire! Maxie also would be considered expendable for Victor’s reasons!