Little People, Big World stars Zach and Jeremy Roloff have been secretly feuding for years, and the cause is truly insane. It’s always been pretty clear to fans that there’s some sort of sibling rivalry between Zach and Jeremy, even though the twins were best friends on the show.

The rivalry finally caught up with them a couple of years ago when all the tensions finally exploded. By now, fans know that the Roloff family has been having problems in recent years. It started when Matt and Amy decided to divorce and things have been going crazy ever since.

After that, Molly and Jacob decided to stop appearing on the show, and just a few years later, Jeremy Roloff and Audrey Roloff decided to do the same. This move shocked fans as all the children had grown up on the family TV show. Are the “Little People, Big World” twins Zach and Jeremy Roloff talking?

Jeremy Roloff had used the fame he had gained from being on the show mainly to start up several businesses, and had always had an interest in one day taking over the farm from his father. So why should he leave the show when he had always believed that his future was on the farm? In 2020, fans realised there was more going on behind the scenes than anyone in the family was letting on. Fans began to notice that the twins didn’t seem to be getting along very well anymore, and neither did their wives.

What really caused the feud between Zach and Jeremy? One source told The Sun that the Roloff twins had a falling out and haven’t spoken since. Zach has said he didn’t feel his brother respected or supported him in the way a good brother should. Many people believe that while the alleged quarrel had something to do with a rift between the twins, it seems there may have been more to the story and it has to do with the farm.

Some people think that Matt was hesitant to sell to Jeremy and Audrey Roloff because “Little People, Big World” is still filming and Jeremy left the series years ago. Zach and Tori Roloff are still appearing in the series, so if they were to take over the farm, it could be part of the series. However, Zach reportedly doesn’t like the way his dad runs the business and claims he’s too busy spending money.

On the other hand, Zach, Jeremy and their wives seemed to stop communicating on social media altogether. They used to do things together, especially with their children, but that all stopped quickly. It even got to the point that neither of them acknowledged the other on their joint 30th birthday. It was a sad sight for people who were used to seeing twins growing up as best friends. 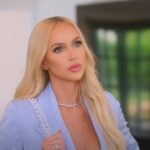 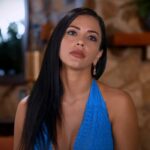