While “LPBW” has made a name for itself as a wholesome family show, things are about to get a little more negative in the upcoming season. It turns out that avid Little People, Big World fans had already speculated a feud between Matt Roloff and Zach Roloff, and they were right.

In fact, the first glimpse of the new season showed that the father-son duo have a hard time being around each other. Obviously, their farm deal didn’t follow and things got awkward. Besides, Zach Roloff’s wife, Tori Roloff, felt embarrassed about it too.

Since Zach Roloff and Tori Roloff moved to Washington, there has been a lot of speculation online. Namely, people claimed that something was going wrong between the young father and Matt Roloff. Now, the latest teaser for Little People, Big World season 23 revealed the same.

It turns out that the temperature between the couple and Matt and Caryn Chandler rose quite high after their farm deal fell through. Although the former child star said as much, it was followed by a clip of all four sitting out in the yard on a farm.

Although they didn’t disclose the details of the feud, there was an awkward aura between all four people in the clip. Later, the mother of two stated in her confession that she felt quite “uncomfortable” and wanted to leave. At one point, her partner also concludes that they will take their son Jackson and “head out”. As a result, viewers are left curious to find out what exactly happened between the actors to cause such a situation.

As viewers sensed tension between Roloff’s father and son, they began to come up with their own theories. So they tried to find out the cause of the feud. Initially, Zach Roloff and Tori Roloff had spoken several times about their life on the Roloff farm and their children.

Speculation, however, was that Matt Roloff didn’t want his children to ‘inherit’ his land. Instead, he wanted them to “buy” it from him. Therefore, fans believe that the family members did not see eye to eye on the issue and tensions arose. However, these are only speculations and none of the actors have revealed the real reason. 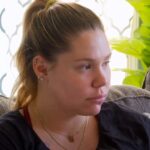