When we first met Alicia Kirgan on My 600-lb Life in 2018, she weighed 622 pounds and feared that her longtime boyfriend, Tim Carter, would leave her because of her relentless struggles with food addiction.

“Alicia doesn’t want to do anything at all. She just wants to sit in front of the TV and eat,” Tim said at the time. “It’s frustrating because we have a life together… It’s like she’s a completely different person and our relationship has become stagnant.”

The two-hour follow-up began just over a year after Alicia’s first meeting with Dr. Younan Nowzaradan (aka Dr. Now) and about seven months after her initial weight loss surgery. She had dropped to 424 pounds and had committed to work out in the gym three times a week.

By the end of the episode, Alicia Kirgan had actively lost weight for two years and had dropped 366 pounds. She admitted to Dr. Now that she hadn’t been in the 250 since middle school or maybe elementary school.

“My whole world has completely changed,” Alicia Kirgan told the camera. “I feel more independent than ever, and I’m starting to understand who I am and all the things I want out of life, so I couldn’t be happier.

If she continues on the road she is on, Dr. Now said Alicia Kirgan could be ready for the skin removal surgery by the next appointment. That’s another 20 kilos she won’t have to keep carrying around.

“I’m really excited because, for so many years, I felt like this horrible creature that everyone was whispering about and laughing about in secret because of how big I was,” confessed Alicia Kirgan. “But now, for the first time in my life, I feel good about myself.”

The behavior of the landscaper throughout the episode caused some red flags to be raised, and even made Dr. Now worry that Tim was deliberately hindering Alicia’s independence and hindering her overall progress. We were certainly saddened when Tim spoke disrespectfully about his girlfriend during one of her appointments with the surgeon.

“Do you like the fact that she’s not so dependent on you? Dr. Now asked the Illinois resident, who said, “Well, she got a little chatty. But yeah, as long as she keeps losing weight, I’m happy, man. I’ll take that smart mouth, then.”

Alicia Kirgan expressed her disappointment with Tim’s editing in a post on her Facebook page just hours before the episode aired. “This man is and has never been anything but love and support! It’s really amazing how easily they can turn the script upside down completely,” she wrote to her 7K followers.

“I honestly don’t care at all what anyone says or thinks about me, but Tim has made so many sacrifices and worked so hard to make this possible, just to drag his name and image through the mud in the name of profit. It’s really shameful,” she concluded. 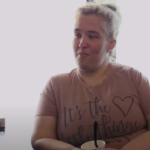