In Season 6 of My 600-lb Life, Alicia Kirgan was one of Dr. Now’s patients, and now it’s time to let fans know what her life is like today. She weighed over 600 pounds and after seeing how her weight and food addiction were affecting her relationships, she turned to ‘Dr. Now’. He gave her a strict plan to follow so she could lose enough weight to qualify for bariatric surgery.

Alicia Kirgan was able to lose enough weight to undergo the surgery that changed her life. She decided to seek Dr. Now’s help when her then-boyfriend told her she should do something about her weight and food addiction.

According to Alicia, her problems with food started at a very young age. She grew up in a chaotic family where her parents often fought. She turned to food (especially sugary treats) for comfort and could never give up high calorie things until she appeared on My 600-lb Life.

Alicia admitted that she hadn’t weighed 250 kilos since high school. Since the successful procedure, Alicia has led a very active life. She is now committed to going to the gym three times a week. She has even taken up challenging outdoor activities such as rock-climbing.

Alicia has always valued her relationships. In fact, it was the ultimatum she received from Tim Carter, her boyfriend at the time, that inspired her to do the “My 600-lb Life” series. The weight loss helped them get back together, but in 2020 she announced their break-up.

According to Alicia, they both decided to go their separate ways but continued to support each other. This happened after she took to Facebook to defend Tim when a montage of the show made viewers see him in a bad light. 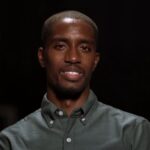 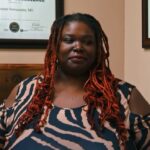