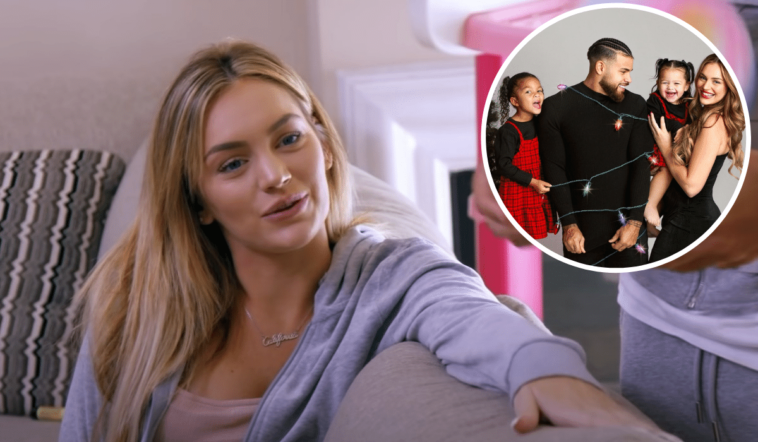 Cory Wharton’s longtime girlfriend Taylor Selfridge looked like she might be trying to hide a baby bump in a recent picture, which has Teen Mom OG fans saying she’s expecting another baby. Teen Mom OG star Cory has been dating his girlfriend and baby mama Taylor Selfridge for several years now after meeting on Ex on the Beach in 2017.

Ahead of Christmas, Cory Wharton shared some cute pictures of his family on Instagram, including himself, Taylor Selfridge, Ryder and Mila. In addition to sharing two pictures on his Instagram feed, Cory also shared a picture on his Instagram stories, but deleted it immediately after sharing it.

Teen Mom OG fans think that Cory deleted the picture because it showed what appears to be Taylor Selfridge’s baby bump.

In the now-deleted photo, Cory and Taylor posed with Ryder and Mila. Ryder stood in a box next to Cory, who was wrapped head to toe in Christmas lights. Taylor was holding Mila in the picture, and the side angle of her pose suggested that the mother of one might be expecting, but it was not definitive.

Other Teen Mom OG viewers took to Reddit’s post in the comments and speculated whether they thought Taylor Selfridge was with child and trying to hide it in the picture.

One Teen Mom OG viewer thought that Cory deleted the picture because he received speculation that Taylor Selfridge is pregnant, after she admitted that she has no plans to have more children at this time. 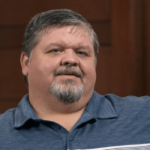 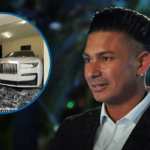