Counting On: Is Jessa Duggar Trying To Rebut Derick’s Narrative?

If fans weren’t completely convinced of the idea that Jessa Duggar was launching a damage control campaign on YouTube, now they’re certainly confident. Two weeks after the mother of three posted a long video about her growth with Jim Bob Duggar, she returned to the video sharing platform with another long content.

This time, Jessa Duggar told all her favorite moments with her mother, Michelle Duggar. The corny video, along with its previously published content, causes family critics to discuss the reasons behind the videos, and many seem to agree that Jim Bob crowned Jessa Duggar as his damage control queen.

Counting On: Is Jessa Duggar Trying To Rebut Derick’s Narrative?

Jim Bob, Michelle, and Jessa Duggar seem busy trying to make a positive change in the family image. The family’s followers were incredulous about Jessa’s first video, but now that she has released a second one, they seem reasonably confident that Jessa Duggar has been put to work by her parents. Why Jessa Duggar? The mother of three has managed to cultivate the most significant social media following her siblings, and she also happens to be the most forthright Duggar, it seems. She also seems to be entirely financially dependent on her parents.

Aside from Jessa’s tribute videos, the Duggar family is trying to make fans believe that everything is okay with the Dillard. Just before Derick agreed to an interview with Without a Crystal Ball, Michelle and Jim Bob went on Instagram to wish Derick Dillard a happy birthday, a move that seemed transparent at best. They hadn’t bothered to talk to Derick, their daughter, Jill Duggar, or their two grandchildren for more than two years before the surprise.

They also recently shared a snapshot of their “visit” to Israel Dillard for his birthday. Derick Dillard, Jill and their two sons follow the recommendations of social distance, so Michelle and several young Duggar boys never entered the house. Some followers of the family noticed that the photo was published after critics suggested that Derick Dillard and Jill’s sons seemed to have almost no relationship with Jim Bob and Michelle.

Counting On: Will Derick ever speak out again?

With Jessa Duggar working overtime to make her mother and father look good on the Internet, critics’ eyes are turned towards Derick Dillard. Everyone seems to wonder if Derick will launch a repeat of Jessa’s memories. Derick Dillard has promised to share as much information as possible, but has yet to return to social media to launch new news. However, there’s no telling whether or not this will happen.

Another possibility is that Jim Bob and Michelle are trying to spin the story now, waiting for Derick Dillard to publish a book about his life within the Duggar clan. Derick made it clear that he’s working on some kind of memoir. No one knows how much this will cover Jim Bob and Michelle, but considering the fact that he was willing to speak out against his in-laws on social media, fans take it for granted that it will cover, at least, some juicy details. 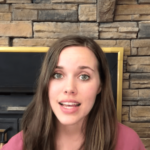