Jessa Duggar has shared a lot of photos and content on social media in recent weeks.

One of her photos raised some questions about her quarantine arrangements and the fact that Ben Seewald was with her and the children.

Last week, Jessa Duggar shared a photo of herself with her children. She called it “quaranteam” and immediately made his followers talk. Ben Seewald wasn’t in the picture, so he was quarantined with the rest of his family?

The Counting On star has been sharing family photos ever since the coronavirus pandemic took over the country. Jessa Duggar and Ben Seewald took the recommendations seriously and stayed home with their children.

Ben Seewald is in quarantine with Jessa Duggar and their children. He wasn’t part of the quaranteam because he was mowing the lawn. A follower wondered why he wasn’t in the picture, since he would have been part of their team. Apparently, he was just taking care of some things on the outside.

Counting On: What is next for Jessa and Seewald?

Right now, Jessa Duggar is uploading her content to her YouTube channel. From recipes to a praise video with Jim Bob Duggar, there has been frequent new content. It looks like the star of Counting On is working on building her brand and possibly having an extra revenue stream coming in.

The whole family is in quarantine at home. Jessa Duggar and Seewald have been keeping busy with projects and putting things together for the kids to play. Ivy Jane has kept her role in stealing the show when she appears in a video or photo that her mother shares.

Counting On is not currently filming due to the pandemic, but some of the couples were doing interviews before the country was shut down. Jessa Duggar and Ben Seewald will probably stay on the show.

They remained in Jim Bob Duggar’s good graces and continue to share their lives with their followers without any pushback. It has been speculated that Jessa Duggar might be expecting her fourth child, and if so, it would be good for ratings. 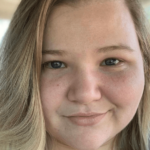 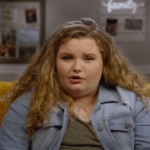