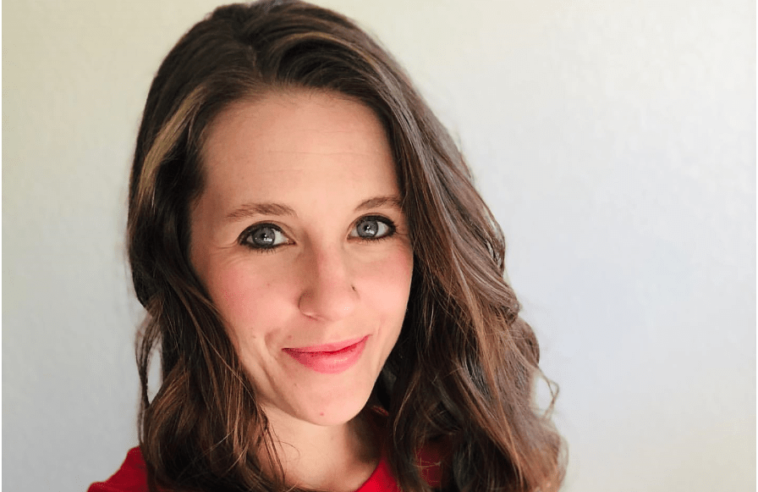 Counting On: Jill Duggar And Derick Have Stopped Interacting With Her Father, Jim

Fans think Jill Duggar of Counting On is leaving her strict family after posting a rather cryptic quote on her Instagram.

Jill Duggar’s husband, Derick Dillard, is in a fight with her father, Jim Bob Duggar.

Counting On: Jill Duggar And Derick Have Stopped Interacting With Her Father, Jim

The mother of two children went to Instagram to talk about what she did in quarantine. She also gave fans an idea of her “favorite” place in the house where she prays and studies the Bible.

However, fans noticed a rather cryptic quote on her corner table that could allude to her past with her strict family and potential abandonment. The quote read, “Learn from the past. Live in the present and trust in God for the future”.

Reddit users quickly noticed the cryptic post and discussed why she decided to show it off. One user wondered in particular what was the problem that caused Jill Duggar to slowly start moving away from her family.

They wrote, “I wonder what was the straw that broke both of them [Jill and Derick]. “Jill was extremely into the dole and seemed very attached to her family, so it must have been something important.

🙃 *Deep breath*…naptime…for the kids that is! And the time of day where I may be tackling projects or squeezing in a short nap myself and anything else on my list. . . And this space…one of my favorite places in our house (I have several lol). I often use this place and time for my personal Bible study and prayer time if I haven’t made it happen earlier in the morning. Today my sweet hubby happened to be home between food delivery calls and made me my afternoon cup of caffeine (tea today). 😍 . . So, if this pandemic has thrown some added crazy your way like it has for me, just be encouraged that Jesus sees you and sometimes we just need to find our place and get alone with Him (hint: bring your Bible & maybe a journal) to be reminded of His love for us! . . 💜 And if you want that relationship with Jesus, or need connection with Christians in your area, see my story highlights for links! . . #support #selfcare #quiettime #momlife #quarantinelife #covid19 #blessed #jesus

Counting On: Jill Duggar Has Remained Very Close To Her Sisters

Another Redditer pointed out that if Jill Duggar had really left the family, it could have caused a mass exodus.

They explained, “JB could tell them to stop interacting with Jill Duggar or he would cut them off.

“Of course, she should be (and probably is) afraid to push them too far”. Joy is a perfect example: Jill Duggar is basically her mother.

“If JB told her to cut ties with Jill Duggar, would that bring her closer to the sect or drive her away?

While another pointed out that Jill Duggar wasn’t leaving her family, only her father. The Redditer wrote: “Jill still sees her sisters (she has raised some of them, after all) and I sincerely believe that she loves them.

“Hence, I think, the reason Derrick is doing all the trash, so Jill gets “plausible deniability”. “Jessa and her kids are still dating, and Joy invited her to the big reunion they had in December when she found out she was pregnant again. Jill Duggar is basically Joy’s mom.

“JB can ban her all he wants, older girls are married now and can decide for themselves who to see.” Fans will know that Jill Duggar slowly broke family rules and walked away from the family while wearing pants, pierced her ears several times and even dyed her hair.

Jill Duggar and her husband also recently revealed that they stopped appearing on the show to “avoid toxic relationships” and “regain control” in the midst of their feud with Patriarch Jim Bob Duggar. Derik first accused her father of withholding money from their reality show TLC.

She told the host of Without A Crystal Ball, “We are now trying to avoid toxic relationships for our family’s health and recovery. Derick Dillard said leaving the show had “less to do for the money” and more to do to “regain control of our lives.

Derick Dillard also said he learned “too late” that Jim Bob had a “hidden contract” that prevented him from taking a job.

He continued, “People wonder why we keep making such sudden changes in our lives, that’s part of the reason.”